The Parkinson’s Drug Trial; In the Line of Fire With Ross Kemp; Three Identical Strangers

“One of the most powerful documentaries you will see this year” 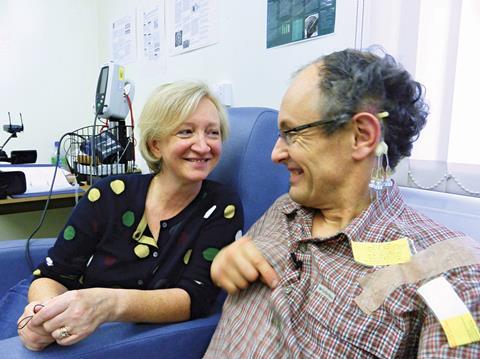 “This was almost like watching some terrible high-jeopardy game show where lives are at stake. The programme entirely succeeded in investing you emotionally.”
James Jackson, The Times

“This was one of the most powerful documentaries you will see this year. The stakes of this trial were high, but the show’s sharp focus on the four individuals made this abstract horror into one that was overwhelmingly and heartbreakingly intimate.”
Tom Ough, The Telegraph

“All the patients were suffering so much and wanted a cure so desperately. This wasn’t an easy programme to watch.”
Christopher Stevens, Daily Mail

In the Line of Fire With Ross Kemp, ITV

“When you’ve seen Kemp meeting neo-Nazis and being set on fire, seeing him shadow UK police officers – even tactical firearms one – was just a little bit underwhelming. But it was good TV, despite some unintentional black comedy. It was interesting, at times dramatic, and rounded off with a thoughtful conclusion.”
Tom Ough, the Telegraph

“Beneath the flash-bangery were the officers’ answers to the question of whether we should give up our status as the last unarmed constabulary and start policing by force instead of consent. It was a message in almost direct contradiction to the tone of the rest of the programme, and you could practically feel everyone involved in its making longing to find one – just one! – boy or girl in blue who was jonesing for full battle kits on every corner.”
Lucy Mangan, The Guardian

“Halfway through Three Identical Strangers, I had to press pause and check the newspaper archives to reassure myself that this documentary about triplets separated at six months wasn’t a hoax. The documentary felt like an unholy remake of The Boys From Brazil, in which mad Gregory Peck breeds clones of Hitler, crossed with The Truman Show, where Jim Carrey wakes up to find his whole world is scripted.”
Christopher Stevens, Daily Mail