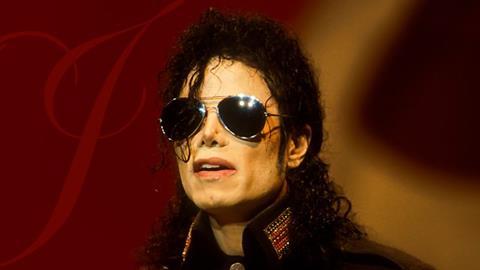 “Peretti’s film was initially billed as a rival to Leaving Neverland, but in the event, it’s much more like an unofficial sequel. This has much more in common with Louis Theroux’s 2016 Savile film, in which the newly sombre documentarian confronted his own journalistic failures.”
Ellen E Jones, The Guardian

“The world really doesn’t need another Michael Jackson documentary. There was the occasional thoughtful contribution, but these were few and far between. Instead, we got Peretti’s self-indulgent noodling on his own feelings about Jackson, looking back on his past documentaries about Jackson, and viewing Jackson’s death through the prism of his own journalism.”
Anita Singh, The Telegraph

“Over the past 15 years Jacques Peretti has made three decent films about Michael Jackson. Sadly his fourth, The Real Michael Jackson, felt like the work of a hapless detective arriving at a crime scene with the police tape long put away and the main suspect already in the dock. Peretti is a skilled film-maker, but cautious reappraisal is not going to put you at the root of much in a saga that was pretty much settled by the two Leaving Neverland films last year.”
Ben Dowell, The Times

“There were some fascinating interviewees, including Jackson’s long-time friend Donny Osmond and the author of On Michael Jackson, Margo Jefferson, even if many of them, such as biographer J Randy Taraborrelli, have told their tales before. What made these interviews so interesting was how Peretti pushed his subjects to confront their shame and complicity. Did they feel guilty that the wheel kept turning? Some did. For his part, Peretti said he believed Robson and Safechuck’s testimony and that of the other three boys.”
Sarah Hughes, The i

“This was an hour where fanboy passion was married to seasoned, intelligent scrutiny of mortality, sex and creativity — his and his subject’s.”
Ben Dowell, The Times

“It was an interesting tale well told but Gatiss’s aim was not so much to run through the scandal and celebrity, but rather to reappraise Beardsley and show how this young man in a hurry, churning out work so fast because he was constantly aware of the shadow of death fast approaching, could be seen as one of the greatest talents of his age. As obituaries go, this was a fine one.”
Sarah Hughes, The i

“This was a personal film, both from Lyle and from other black and Asian supporters who spoke of their experiences. Lyle’s great sadness was that he had never been to a game with his father, Lyle Sr being too wary of racist crowds in the 1970s and 1980s and now too old and frail to attend. The stories were powerful, but this felt like only half a documentary. What it needed was Lyle gaining access to Premier League owners, managers and players, and to grill FA executives about how they’re tackling the problem.”
Anita Singh, The Telegraph

“London Kills is the grittiest of the afternoon crime dramas. It inhabits the same world as Luther and Line Of Duty, where people die horribly and the police are too busy with their personal crises to notice. Murder mysteries like this are more in the mould of Death In Paradise, though DS Cole stops short of gathering all the suspects together on a veranda and serving rum punch as she reveals the killer.”
Christopher Stevens, The i

“It was, as McGovern herself said, a bit rough round the edges. The only reason the show stayed together, and remained watchable, was her. She could think on her feet, she was good with the guests, and she did not stop rabbiting for a second – all essential qualities for a presenter of a live show. The hour flew by in a rush of silliness. Stumbling, frantic, and held up by undercurrents of terror and goodwill – if McGovern’s show set out to be a metaphor for the UK in Spring 2020 it can consider the job done.”