The Return: Life After Isis; Hospital

“It was impossible to watch and not feel the need to talk about its issues afterwards. That in itself marks it as a potent documentary.” 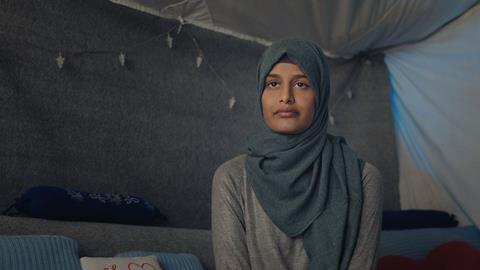 “Writer and director Alba Sotorra Clua Sotorra Clua does not seek to make the women sympathetic. There is no pressing of sore spots until tears come for the camera, and no lingering on signs of remorse – which in fact seem largely conspicuous by their absence. Their stories are given space, of course, and they are terrible. Beyond the questions it poses about governmental responsibilities towards its people and the ethics of leaving 64,000 women and children as a burden on the Kurds in Syria, this is a film that makes you interrogate yourself more than any other I can remember.”
Lucy Mangan, The Guardian

“Anyone watching The Return: Life After Isis would have to give it this: it was impossible to watch and not feel the need to talk about its issues afterwards. That in itself marks it as a potent documentary. This film may just harden opinions at both ends of the debate. Yet it contributed to our understanding. For some it may prompt a bout of self-reflection on where one’s compass lies on a painfully tangled matter.”
James Jackson, The Times

“Clua made brief mention of Isil crimes – the execution of journalist Jim Foley, the Manchester Arena bombing – yet failed to confront any of the women with it. And it was telling that they became disillusioned with Isil only when life turned out to be terrible for them personally. The film managed to be sympathetic and damning at the same time.”
Anita Singh, The Telegraph

“The full horror of Isis’s regime in Syria and Iraq was largely hinted at rather than depicted explicitly in Alba Sotorra’s The Return: Life After Isis. But when this mournful film gazed directly into the heart of darkness it became almost unwatchable.”
Ed Power, The i

“The unofficial theme of an often hugely moving final instalment of medical documentary Hospital was that normality was slowly returning to University Hospital Coventry. A medical documentary will always feature tragedy. But Hospital delivered a moving portrait of people supporting each other through dark times.”
Ed Power, The i