Too Close; Greta Thunberg: A Year to Change the World 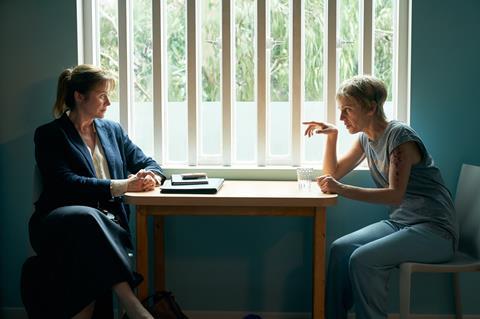 “What grips in the opening episode is its emotional intelligence, the acuity of the writing, the credibility and fluidity of the performances. With Susan Tully behind the camera, Clara Salaman as writer, Emily Watson and Denise Gough as leads, and the plot delivered entirely from their perspective, Too Close feels like the most woman-centred, woman-driven mainstream production we’ve yet seen. It is a fantastically compelling, brilliantly scripted whydunnit that is unquantifiably better than it needs to be.”
Lucy Mangan, The Guardian

“Too Close hit the viewer square between the eyes from its opening scene and did not stop punching until the closing credits. Bravo. Unclichéd, intelligent, dark, unpredictable, it was a terrific piece of writing by Clara Salaman and a haunting performance from Denise Gough. This was a profound, hefty psychological tug of war adapted skilfully from the novel by Natalie Daniels (Salaman’s pen name), with some of the best writing and performances I have seen this year.”
Carol Midgley, The Times

“The disturbingly intriguing opening episode of this three-part thriller was best watched alone, the rather obvious psychosexual undertones making for deliciously uncomfortable viewing. This was a chat-heavy episode but the script came alive when Watson and Gough were left on their own to work through the story that led to the crime.”
Emily Baker, The i

“This is dreary, overcooked nonsense. You longed for Connie to receive a 30-year stretch, just to stop her wittering on. Despite the presence of two superb actors Too Close is a slog. Connie is probably supposed to be enigmatic, but she is just plain annoying, spouting A-Level philosophy about the meaninglessness of life.”
Chris Bennion, The Telegraph

“If this three-part drama was a wine, it would be a £2.99 bottle of plonk with a whiff of meths — the sort you might get as a tombola prize at the school fete. It’s all achingly right-on, of course, set in the kind of North London suburb where neighbours share joints and paint each other’s faces on picnics. I expect I’ll keep watching, but it’ll require another trip to the off licence.”
Christopher Stevens, Daily Mail

Greta Thunberg: A Year to Change the World, BBC1

“Thunberg has her head screwed on and what the first episode of this series showed, without doubt, is that she does not enjoy the limelight. The most affecting moments came not when highlighting how CO2 emissions have devastated the natural world, but when we heard from Svante, the anxious father who has had to allow his vulnerable, autistic teenage daughter to take on the world.”
Chris Bennion, The Telegraph

“The documentary offered no solutions for climate change, but it did remind us that this elfin protester is very much still a child. Because she is sincere and articulate, the eco movement has adopted her as its figurehead. But she’s still simply a teenager with a conscience, and I don’t blame her dad for being so concerned.”
Christopher Stevens, Daily Mail

“Her quiet rage was as palpable and inspiring as ever, and her feelings were validated by scientists at every turn. There were moments of intimacy too, mostly between her and her father: a sarcastic side-eye here, an in-joke there. Composed, noble and living up to its subject’s wishes to focus on the facts, Greta Thunberg: A Year to Change the World was a demand for change, not a cry for help.”
Emily Baker, The i