“There’s enough to enjoy in the quality cast and some nice, unexpected touches in a drama that has a sparky, modern vibe while still evoking an era of chilblains and Izal toilet paper.” 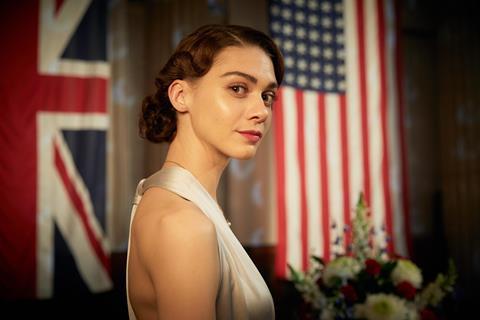 “This thriller will almost certainly cause spats about accuracy. But there’s enough to enjoy in the quality cast and some nice, unexpected touches in a drama that has a sparky, modern vibe while still evoking an era of chilblains and Izal toilet paper.”
Carol Midgley, The Times

“Traitors isn’t quite thrilling yet, but its pulse will presumably begin to race. We must hope for much more of Keeley Hawes’s bluestocking civil servant Priscilla and her fetching green hat, and learn why Brandon P Bell’s army chauffeur Jackson Cole spends quite so much time looking in the rear-view mirror.”
Jasper Rees, The Telegraph

“Writer Bash Doran has great fun with the classic spy tropes and gets full mileage from a top-drawer ensemble cast. ­­The only trouble is that much of the dialogue is stilted, either sounding like pure exposition or a party political broadcast; some of the plot twists strained credibility; and Feef isn’t a very sympathetic central character.”
Jeff Robson, The i

“It was taut and compelling, with plenty of twists. Perhaps too many for those familiar with The Missing. But Tchéky Karyo and Tom Hollander have excellent chemistry and the story looks set to go down some intriguing – but very dark – alleys.”
Jeff Robson, The i

“I was underwhelmed for the first 45 minutes, which lacked pace and sufficient intrigue and presented a procession of unlikeable characters, although to be fair it’s early days. Thankfully we had Tom Hollander as sweaty, twitchy Edward Stratton to liven things up. Hollander magnetises any scene he is in and thus far looks like the main reason to keep watching.”
Carol Midgley, The Times

“This opener is more about laying a trail of breadcrumbs for us to follow. It packs in at least one sizable twist that ensures it will be difficult to turn off before finding out what happens next.”
Rebecca Nicholson, The Guardian

“It would be a misstep to expect Baptiste to hold any sort of mirror up to nature. The dialogue has the flavour of a graphic novel that happens to be peopled by fine actors adept at applying flesh and blood. So it’s worth sticking with.”
Jasper Rees, The Telegraph