“An intense, stylish, emotionally intelligent and psychologically plausible thriller that controls itself beautifully while still delivering the goods” 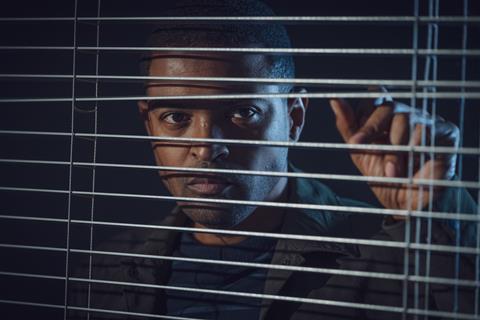 “The whole set-up in Viewpoint is a bit contrived and, so far, it’s hardly a masterclass in Hitchcockian tension, but we’ve barely been introduced to the cast and it holds much promise. I loved the dark, claustrophobic feel of the piece, where much of the surveillance and comings and goings happen at night, and the way that the two lost souls of Zoe and Martin are thrown together, with nothing more in common than their amateur and professional voyeurism.”
Sean O’Grady, The Independent

“What unfolds is an intense, stylish, emotionally intelligent and psychologically plausible thriller that controls itself beautifully while still delivering the goods. It’s human nature that is under scrutiny in Viewpoint, as much as plot machination and ‘who done what ’n’ why’, and of course it’s all the richer for it.”
Lucy Mangan, The Guardian

“The best thing this show has going for it is Noel Clarke, who has the ability to act naturally, which is to say that he talks and behaves like a real-life person – not a given in this sort of thriller, where hamming it up can be the order of the day. But the drama is bogged down by the central conceit of so much action taking place through a window. It is an interesting idea, though, to focus on the surveillance work – usually a side issue in crime dramas.”
Anita Singh, The Telegraph

“As far as first episodes go, Viewpoint held its cards close to its chest, leaving intriguing nuggets and setting the scene of a tight-knit, but claustrophobic, community. It may not be the most original or elaborate idea, but it’s certainly one that works.”
Emily Baker, The i

“I’m finding myself not very interested in Martin’s tragic backstory with CID, and Greg seems too obvious a candidate to be guilty, but there’s something fresh about it. It’s definitely earned another viewing.”
Carol Midgley, The Times

“It’s hard to know what’s more worrying — the idea that police can commandeer family homes to monitor anyone who reports a missing person, or that other neighbourhood watchers are so easily roped in. Much of Viewpoint is simply inexplicable.”
Christopher Stevens, Daily Mail

“Post Fleabag, it’s a brave actress who ventures into the comic arena of an eccentric drunken young female having one-night stands. However, Rose Matafeo in Starstruck managed it, and with ease. The premise that she copped off with a film star without realising who he was felt original and uplifting.”
Carol Midgley, The Times

“This is Notting Hill, with the genders reversed, and anyone who enjoyed Hugh Grant as a bumbling innocent in love with a superstar will find Matafeo just as charming, and twice as believably vulnerable. Though it is sometimes too ready to stoop for cheap laughs, Starstruck will leave you yearning to know if Tom and Jessie get back together.”
Christopher Stevens, Daily Mail

“Baby Surgeons: Delivering Miracles wasn’t in the business of selling sob stories: the experiences of Becky and other mothers were relayed in a practical, rational way. Not every story was a neat, straightforward success. Pain and joy always go hand-in-hand at hospitals and so it’s natural that the series depicting them would follow suit – Baby Surgeons did so with the utmost respect for its subject.”
Emily Baker, The i