What’s My Name: Muhammad Ali; The 1900 Island; The Planets 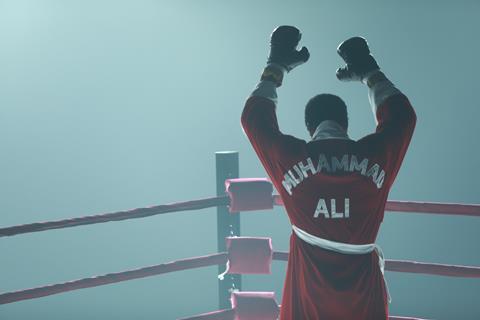 “Antoine Fuqua’s terrific two-parter was defined by having no reverential narrator or talking heads, but simply old footage of Ali in full flow, shooting his mouth off in a torrent of quickfire ripostes and rhyming metaphor. Such was the 100-watt charisma of Ali that you could just wallow in clips of him for hours and be richly entertained.”
James Jackson, The Times

“Ali’s self-narrated legend eclipses whatever narrative Fuqua may have wanted to tell. That said, Fuqua obligingly banishes the memory of Will Smith’s Ali biopic and aspires to the poetry of When We Were Kings, Leon Gast’s Oscar-winning 1996 documentary about Ali and George Foreman’s Rumble in the Jungle.”
Stuart Jeffries, The Guardian

“Fuqua has an obvious affinity for the sport, skilfully blending fight footage with music or Ali’s poetry.”
Sarah Carson, The i

“This engrossing four-part reality series has set them up in a row of stone cottages off Anglesey, without electricity and barely enough food for one decent meal. It’s a harsh existence, but there’s an undeniable romantic glow about the life. As with most reality shows, there’s too much play-acting, with the children pretending to beg door-to-door for scraps of food, and women grumbling about sexual inequality.”
Christopher Stevens, Daily Mail

“Brian Cox’s series continues to exert a pull, not just for its accessible, nourishing insights, but for its sense of good taste. The CGI imaginings of mini solar systems and interplanetary collisions is done with restraint where it could have easily have looked like Star Wars.”
James Jackson, The Times