What next for DI?

Is Framestore’s decision to close its digital intermediate (DI) department indicative of a deeper malaise for the country’s digital lab providers? Will Strauss investigates. 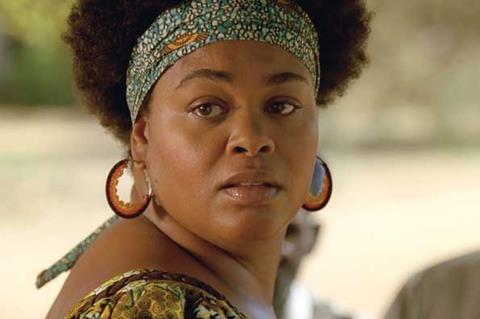 The Oscar winning Soho effects company Framestore stopped taking DI bookings last month. It was a decision that caused quite a stir in Soho and beyond.

With too many competitors offering ‘silly prices’, all 23 members of its digital lab team were put in consultation and the department was closed. Most are likely to be seeking re-employment elsewhere and some have left already including head of digital lab Greg Barrett.

He pinpointed too many big companies in a small market as being a major issue for DI, even allowing for Deluxe Digital London having closed its DI division in January.

“I’ve changed my perspective on DI,” he said. “We had a significant share of the market when it was small. But when it grew and [other players] entered who also wanted to capture the film distribution work at the same time, the prices for doing the DI got very silly. We’ve been subsidising the department for a couple of years.”

One former Framestore member of staff agreed, saying that it is hard for the non-lab affiliated facilities to make any kind of money from it. “The big boys can run DI as a loss leader for bulk prints and digital mastering and still be able to pay the best talent to do the job thereby pulling in all the big name productions and DoPs,” he said.

Framestore is not the first company to give up on DI this year. Deluxe pulled out in January, at a time when tax breaks for films – something that made turning a DI profit possible – were changed.

Add to these factors the high-cost of DI equipment and the usual staff overheads, and the DI market starts to appear particularly tough.

Freelance DI specialist and colourist Phil Green told Broadcast that these problems could go deeper still, especially since companies from both film and video backgrounds have jumped on the DI bandwagon allowing producers to playing houses off each other, forcing rates down.

“Productions soon realised the DI could be milked, demanding even more bang for their buck,” he said. “The editorial process was never locked. Unlike a traditional neg cut it was a moveable feast. A new edit would appear daily creating more work for the DI house, especially if it was within a fixed price. Savvy producers will find ways to leverage this to reduce their own production costs.”

“With more DI houses,” he continued. “They had greater flexibility to under cut each other, playing them against each other.  Lowering the rate card further until it was either break even or ultimately ticking over at a loss for the facility, because ultimately it was better to take on a project at a loss than pay staff to sit around and twiddle their thumbs.”

But while undercutting and producers asking for more for their money are not exclusive to DI - and are part and parcel of the facilities business - other sectors do seem to find it easier and quicker to adapt.

And as if to illustrate the importance of this flexibility, on the Digital Cinema Society’s website is the following quote from Charles Darwin. “It is not the strongest of the species that survive, nor the most intelligent, but the most responsive to change.” Which is very apt.

But it’s not all doom and gloom. Far from it in fact.

Dave Blackham, the chief executive of the post-production and hire company Elite, is very upbeat. “I think it depends on how you define DI,” he says. “If the workflow is thought through carefully, much lower cost technology now can offer at least equal results to equipment once thought inaccessible to many facilities. People costs still remain much the same and it is their expertise that is the critical element here. Rates most likely reflect the job in hand and are probably workable in most cases.”

He’s not the only one. According to one independent film professional, who asked to remain anonymous, there is still very much a space for smaller shops and boutiques to make money despite the current ‘shaky’ times.

“They have to do it on their own terms and not try and compete with the big boys,” he advises. “Allying with a lab or a bigger facility capable of doing your scan/shoot for you could be a good idea or rolling your feature/commercials team together and keeping them at the cutting edge to deal with whatever comes through.”

The idea of teaming up is one that resonates. On his website, Phil Green discusses

His suggestion is to have audio facilities alongside the DI/grading process as the two run in tandem towards the end of the production.

“In my opinion it would make the final process easier because the production would be able to see their film finalised with the incarnations of new sound and grading treatment together, gradually updating as the project nears completion,” he says.

Traditionally audio and DI post houses are entirely separate with the film watched under entirely different resolutions and formats. But this could change, suggests Green.

“Personally I believe if this happened together more seamlessly,” he says. “It would also allow the director/DOP to concentrate their efforts in one place, thus not flitting back and forth between facilities in the last, often vital moments before the deadline when the two are married together.

“The final pieces of the DI puzzle would be able to offer the film finals as well without having to go to a traditional lab - this ultimately would keep all of the work under one roof which will control everything within the loop.”

It’s a fairly radical suggestion but one that could well be at the forefront of many a post facility manager’s minds come the end of 2009.

With major facilities pulling out of DI, those that are left may have to re-think the way they approach what is still one of the most intriguing and creative elements of the post-production process.