TV Critics: Who Do You Think You Are?; Grand Designs; Black Nurses

“Enlightening and uplifting, this was popular history at its finest, not to mention funniest.” 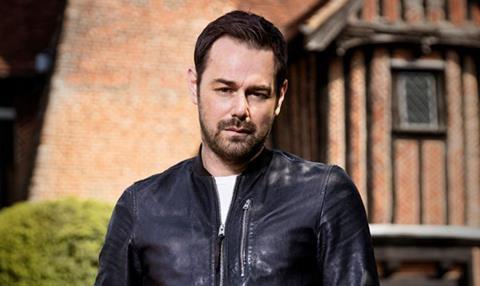 “The long-running genealogy series returned with one of its warmest and most revelatory episodes ever. Danny Dyer’s awe-struck enthusiasm was infectious. Enlightening and uplifting, this was popular history at its finest, not to mention funniest.”
Michael Hogan, The Telegraph

“It was a terrifically entertaining opening episode to the 13th series of Who Do You Think You Are?. There have been times when it felt like the programme was running out of steam but with Dyer’s story it really was back with a bang.”
Claudia Connell, Daily Mail

“I’m not usually a massive fan of Who Do You Think You Are?. But Danny Dyer’s hunt for ancestry is brilliant – because he goes about it hilariously, and because he does find something pretty cool and unexpected.”
Sam Wollaston, The Guardian

“Does it matter that Danny can’t stop Cockney rhyming? It depends on how good the show is, and last night’s, for all its flim-flam and fibbery, deserved a standing ovation.”
Matt Baylis, Daily Express

“It is this column’s policy to award five stars to any Who Do You Think You Are? that traces its celebrity’s lineage back to William the Conqueror. Dyer would have earned his five stars if his ultimate ancestor had been Eric, the Nobody.”
Andrew Billen, The Times

“Somehow I doubt that home owners up and down the land will be racing to install media rooms or laying turf on the roofs of their three-bedroom semis. Even so, Grand Designs gives us a chance to do what every Brit loves — have a good old nose around other people’s houses.”
Claudia Connell, Daily Mail

“Try as I might, I couldn’t bring myself to get excited about high-end novelty houses designed by architects, principally for architects. This isn’t a Grand Designs thing, at all, it’s a yearly competition run by the Royal Institute of British Architects and, like Baftas and Oscars and all affairs where the members of a profession gather to congratulate themselves, pretty unappealing to watch.”
Matt Baylis, Daily Express

“It was a masterpiece of design, classic yet contemporary, austere yet sunny, its whites and blues alluding to whitewashed Calvinist chapels and Californian skies. It was practical. Yet in its detailing it was witty too. I really liked Kevin McCloud’s outfit on the first episode of Grand Designs: House of the Year.”
Andrew Billen, The Times

Black Nurses: the Women Who Saved the NHS, BBC4

“This was a story of courage, commitment and achievement in the face of adversity, engagingly told via archive newsreel and intimate interviews. Avoiding heavy-handed narration, it let the women tell their own stories, meaning it felt personal rather than didactically political.”
Michael Hogan, The Telegraph