A good film infrastructure and generous rebate has helped attract two high-profile international shoots to South Korea in the past year. 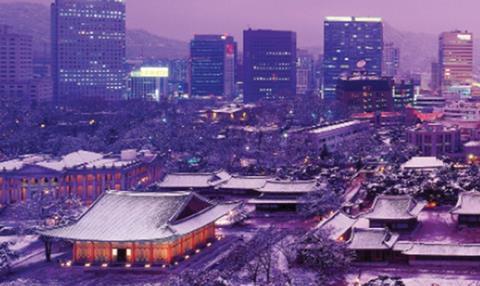 South Korea’s cityscapes, including the large Han River flowing through the middle of Seoul, are relatively fresh to foreign eyes, although the rise of the Korean Wave has been influencing international casting and locations choices.

The Korean Film Council (KOFIC) offers up to 30% cash rebate for international feature films, TV series and documentaries. This can be combined with other cash incentives from Seoul Film Commission, Busan Film Commission and in-kind support from these and other regional commissions. Further details www.koreanfi lm.or.kr/jsp/coproduction/guide.jsp

English is not spoken widely in South Korea, but more and more internationally educated fi lm-makers are returning to the country, and production managers such as Danny Kang at production services company Mr Romance, which worked on Avengers: Age Of Ultron and Sense8, can put together crews with bilingual members and co-ordinators.

In Seoul, the Avengers and Sense8 productions both stayed at Conrad Seoul. Further popular hotels are the Grand Hyatt, the Park Hyatt and W Hotel. For serviced apartments, Somerset Palace, Fraser Suites and Oakwood are the most used by crews.

Itaewon and more recently Gyeongridan and Hannamdong are hip Seoul neighbourhoods for bars and restaurants where English is spoken widely. The Avengers and Sense8 productions spent free time in and around the Conrad, the IFC Mall and Yeouido in general. Insadong is a good place for antiques and souvenirs, and visit Bukchon — immortalised in auteur director Hong Sangsoo’s The Day He Arrives — for small shops and eateries.

Depending on where you are headed in Seoul from Incheon International Airport, it can take from 45 to 90 minutes by bus or taxi. Seoul is a metropolis that can take anywhere from 15 minutes to more than an hour to navigate major spots depending on traffic, but inside Seoul it rarely costs more than $28 a trip. A lot of productions shoot in Busan and Jeju Island, which are both less than an hour’s flight from Seoul.

“A production coming to South Korea needs to decide in advance whether it will adapt to the availability of local equipment, crew and facilities or, depending on the scale of the production, what crew and equipment they need to bring in.

“There are many excellent technicians working on Korean films but communicating in English will limit the choice of people to work with, depending on the expectations and scale of the international project.”