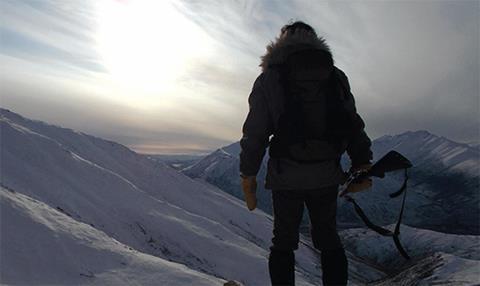 Life Below Zero, which follows six people who live in remote areas of Alaska as they try to survive in below-zero conditions, has been a huge hit for the Travel Channel.

The series, which was co-produced by BBC Worldwide and National Geographic, was launched in January and helped the Scripps-owned network increase its audience by 143% over the seven weeks it was on air.

The show, which has run for seven series and 64 episodes in the US since its 2013 debut, was up 45% on the slot average, making 10pm the Travel Channel’s highest-rating slot.

It also did phenomenally well at bringing new and lapsed viewers to the channel. The series brought in more than 500,000 lapsed viewers (those who had not tuned in to channel in the previous 12 weeks) and 299,000 new viewers (those who had not viewed the channel in the past year). That’s more than all of Travel Channel’s other new series launches of 2016 combined.

One judge said it was a “very savvy acquisition that delivered on all fronts”, while another said it had an “outstanding impact” on the channel. “This programme delivered incredible ratings and was a super-smart acquisition,” the judge added.

THE AFFAIR
Sky Atlantic
The US inﬁdelity drama, which stars British actors Dominic West and Ruth Wilson, was a critical hit for the pay-TV broadcaster. The show brought 246,000 new viewers to the channel after its debut premiered with 550,000 viewers in May 2015. The CBS Studios International-distributed show was also a precursor to an output deal for con-tent from cable channel Showtime.

QUANTICO
Alibi
The FBI drama, which stars Bollywood actress Priyanka Chopra in her ﬁrst US leading role, launched with a consolidated audience of 475,000 in March 2016, making it the UKTV channel’s highest-rated debut for a US acquisition since Rizzoli And Isles in 2011. The Disney-distributed series also helped the channel attract a consider-ably younger audience.

TRAPPED
BBC Four
The Icelandic drama helped BBC Four continue its foreign-language dominance on Saturday nights. With a 1.1 million consolidated average, the 10-part series was well above the 762,000 9pm slot average. The RÚV series, created by Baltasur Kormakur and starring True Detective’s Ólafur Darri Ólaffson, has been one of the broadcaster’s highest-rated foreign-language series since it launched French drama Spiral in 2006.

THE WALKING DEAD
Fox
Season six of the US zombie drama helped pay-TV broadcaster Fox reach its highest ever overnight rating when the 11th episode scored 995,000 live viewers, consolidating to 2 million. The Entertainment One distributed series successful moved its TX from Fridays at 10pm to Mondays at 9pm – closer to its US TX, in a bid to mitigate piracy.