“If ever television drama attained high art, it was that episode.” Read on for the verdict on last night’s TV. 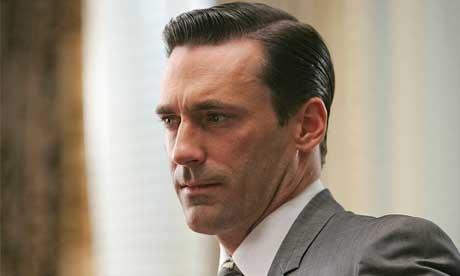 “If ever television drama attained high art, it was that episode. If ever a series does, it is Mad Men.”
Andrew Billen, The Times

“This year’s model is so far above any other TV drama that it’s unfair.”
Will Dean, The Guardian

“They probably did it in one take, aided by an atomic clock. However, Germany’s image as a place of sterile, ruthless efficiency is being truly dismantled by this series.”
Matt Baylis, The Express

“The resulting film turned out to be pedestrian in every sense of the word, like a slightly dull item from Holiday ’97.”
Tom Sutcliffe, The Independent

“If you’re going to capitulate to the culture of celebrity endorsement it seems perverse not to let the celebrity do what he’s most celebrated for.”
Tom Sutcliffe, The Independent