“Utterly believable.” Read on for the verdict on last night’s TV. 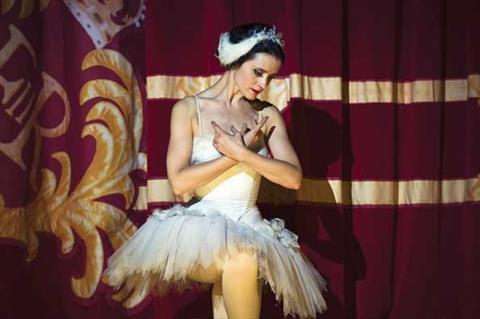 “The story may or may not be true, but Anne-Marie Duff’s Margot was utterly believable.”
Tim Dowling, The Guardian

“It was like a ballet version of a love story, with all the right moves, but none of the raw emotion needed to set it on fire. It also felt as if the director had been ordered to cast a few big names to give this lacklustre offering some extra zing.”
Matt Baylis, Daily Express

“The BBC4 drama for a long time pirouetted around Dame Margot Fonteyn’s life unable to quite find its theme. But that was fair enough, since the argument of Amanda Coe’s script was that so had she.”
Andrew Billen, The Times

“Last night’s instalment was much more successful than the first. This was probably because the first one made the monarchy seem like a bygone irrelevance.”
Tim Dowling, The Guardian

“Samantha Bond was bossier even than Emilia Fox’s version and, again, her family paid the price.”
Andrew Billen, The Times

“In terms of sheer aesthetic majesty, the claim that this is “life as you’ve never seen it before” is unanswerable… Attenborough’s voice, though peerlessly authoritative and by now even soothing, punctures the element of fantasy in a way that can grate.”
Amol Rajan, The Independent

“She’s mocking her own size and failures with men in a set-up so thoroughly set up, it feels like the Seventies. I hope she got well paid.”
Matt Baylis, Daily Express

“This show features several decent actors reading an appalling script… How on earth this sort of television can be defended in the interest of promoting new talent, or advancing the cause of British scriptwriting and comedy, I will never know.”
Amol Rajan, The Independent