“Like Tool Academy meets Hell’s Kitchen meets The Liver Birds meets The Vicar of Dibley.” Read on for the verdict on last night’s TV. 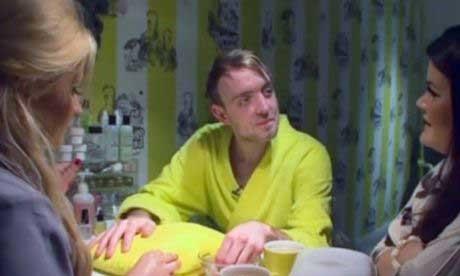 How To Live With Women, BBC3

“It would have been splendid for 50% of the population at least, if How To Live With Women really had been the show it sounded like.”…”Sadly, this offering came over like a youth-orientated version of Wife Swap crossed with the conversion of St Paul on the road to Damascus.”
Matt Baylis, Daily Express

“The film was all the more powerful for letting the stories speak rather than stifling them with statistics”…”This Dispatches is likely to make you feel sick, and probably bereft of hope, especially in these cash-strapped times. And that goes for the masses of well-meaning NHS staff, who can be as much victims of the system as those dying in it.”
Alex Hardy, The Times

The Story Of Variety With Michael Grade, BBC4

“There were splendid nostalgic nuggets spilling out of their seats in this documentary, not to mention cramming the aisles and forming a queue right around the block. It’s a pity that Michael Grade, who started his own career as a variety booking agent, barely seemed to be in charge.”
Matt Baylis, Daily Express

“This was an elegy, not an essay. It lacked a clear argument, or even narrative; there was no sense that it would ever switch from being a series of conversations with interesting old people into really worthwhile sociology. I shall watch part two in the hope of remedial action next Monday.”
Amol Rajan, The Independent

“One scene, in which our greyer lady explained the tyranny of osteoporosis to her young carer, was deeply affecting. Another, in which one of our oldies was sat on a beach while castigating negative media coverage of young people, was inspirational.”
Amol Rajan, The Independent

“School cadet forces, ex-squaddies in the staff room, it all helps to restore the virtues parents want in schools. Square bashing stops them bashing each other.”
Sam Wollaston, The Guardian