“It does sometimes feel a little like sandwich bought from a garage: all shrink-wrapped and pumped full of additives.” Read on for the verdict on last night’s TV. 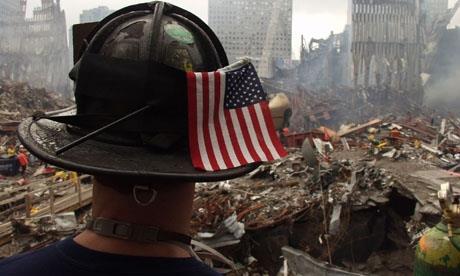 WHO DO YOU THINK YOU ARE?, BBC2

“While being fascinating, Who Do You Think You Are? does sometimes feel a little like sandwich bought from a garage: all shrink-wrapped and pumped full of additives. Where the family tree is lacking in excitement, the researcher usually provides it. On other occasions, they barely need to try, as was the case with EastEnders and Gavin & Stacey star Larry Lamb… we [went] through a lot of drama. Not mad-up drama, either.”
Matt Baylis, The Express

“Larry Lamb spent much of last night’s Who Do You Think You Are with the air of someone running an errand for his dear old mum. And he sort of was. The former chip shop owner Jessie, now 84 and living in Eastbourne, was adopted. “She’s always nursed this increasingly impossible dream of seeing her mum again”, Lamb confides. He had the job of tracking her down. When told that their mother died years ago … Lamb went outside and wept.”
Ben Machell, The Times

“The Core introduced us to the scientists and seismologists driving the ‘golden age of discovery of Deep Earth’ that we are currently living through. Over the course of an hour it managed to make what goes on beneath our feet seem more strange and remote than what goes on in deep space. That takes some doing.”
Ben Machell, The Times

“It’s become safe to watch Horizon again, or at least you can now be reasonably confident that it won’t induce apoplexy if you have a low tolerance for spurious thrills and dumbing down…. take it from me, it’s got a lot better.”
Tom Sutcliffe, The Independent

“New heights of lab-coated dullness were reached in Horizon.”
Matt Baylis, The Express

NATURAL WORLD: THE WOMAN WHO SWIMS WITH KILLER WHALES, BBC2

“Now there are fewer than 200 killer whales [orcas] left around New Zealand. And Ingrid Visser knows – and swims with – all of them. These ones are gentle and playful, inquisitive with Ingrid. They’re genetically different to orcas found elsewhere, and have a different dialect. As usual with these films, it’s the crazy person who had dedicated their life to their chosen creature that makes it work.”
Sam Wollaston, The Guardian

“The programme itself was a pretty straightforward exercise in commemoration and reminiscence. But in a couple of resects, it pushed the boundaries. The firemen who responded to the attack on the towers knew they were facing an enormity. “It felt like it was raining people,” said [a] contributor…. it also intriguingly explained the origin of the New York Fire Department’s characteristic aggression,  a legacy of their beginnings in the gangs of New York. The intimacy of the fire service – in which fathers and sons and brothers worked alongside each other – made the loss all the more devastating.”
Tom Sutcliffe, The Independent