“I’d love to say that this film was uplifting, but it wasn’t.” Read on for the verdict on last night’s TV. 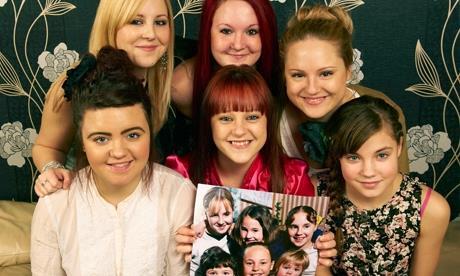 Kelly and Her Sisters Grow Up, ITV1

“Just as the Super-Grin was overemphasised, so, I felt, was the conciliatory ending with which we were presented. I’d love to say that this film was uplifting, but it wasn’t.”
Alex Hardy, The Times

“The catch-up seemed to be striving for a slightly more positive note but as a result kept undermining its own message.”
Matt Baylis, Daily Express

“As we followed Kelly, it became clear the trap of poverty has rarely been harder to escape. You only hoped that, against the odds and economic predictions, the toughest challenges for the Hogans are behind them.”
Simon Usborne, The Independent

“It’s about a Geordie clown, touring the world, doing bad jokes and having a good time. He takes the mick – out of the locals, but mostly out of himself, so it’s OK. They love him, I love him and I love his programme. Maybe you do too, even if you don’t love fishing.”
Sam Wollaston, The Guardian

“The lively Robson’s Extreme Fishing Challenge pitted the actor-cum-angler against Amazonian tribesmen in a quest to land vampire fish. As my granny always said, there are plenty more fish in the sea.”
Matt Baylis, Daily Express

“A lack of surprises, along with a constant expectation of some, seems to be the main problem with Modern Spies.”
Matt Baylis, Daily Express

“The sporting theme suited the adversarial format last night, as three Scottish chefs watched another one plating up their starters like discus throwers on the bench. But what the cooks failed to appreciate was that athletes tend to have big appetites for simple food.”
Simon Usborne, The Independent