“Too heavy on the ecstasy and too light on the agony.” Read on for the verdict on the weekend’s TV. 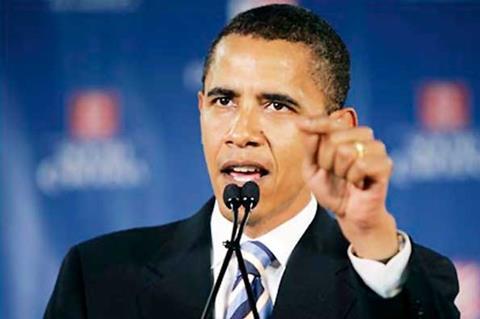 By the People: The Election of Barack Obama, BBC2

“This fly-in-the-battlebus documentary is remarkably on-message and disappointing - its not juicy enough for a British audience.”
Sam Wollaston, The Guardian

“It was too heavy on the ecstasy and too light on the agony, but the truly remarkable thing was that you could watch it a year on without shedding your own tears at the broken promises.”
Andrew Billen, The Times

“This film could boast plenty of face time with Obama, but, as fascinating as it was, you never quite felt that they caught the candidate off duty. Not backstage bloopers here.”
Tom Sutcliffe, The Independent

“There is a cultishness about it, but in spite of its preposterous premise, and its scariness, it’s not off-puttingly weird. It’s actually incredibly warm, witty, sexy, and - as the title hints - human.”
Sam Wollaston, The Guardian

“What a sexy, naughty, youthful delight this series is - and it fair makes you proud the BBC developed it before any one had even heard of True Blood.”
Andrew Billen, The Times

Take Me Out, ITV1

“Why would anyone go on Take Me Out? It’s a sort of Blind Date, but nastied up for a modern audience. Rejection as entertainment, in other words.”
Sam Wollaston, The Guardian

“Some say dead, some say alive. And they are all absolutely certain they’re right, which is confusing for those who don’t know.”
Sam Wollaston, The Guardian

“It was a dubious affair, which gave regrettable amounts of air time to an obsessive 9/11 ‘truther’.”
Tom Sutcliffe, The Independent

“It is distinctly high-grade stuff. It’s only problem is that its seriousness and introspection gets jeopardised by the fantastical devices that resolve its plots.”
Andrew Billen, The Times

“Cranford Lite, as perhaps it should be called. The only time you need to engage your brain is in working out which rustic character you dislike the most.”
Matt Baylis, Daily Express