“It has room for a briskness and understatement that is all too often lacking in television versions.” Read on for the verdict on last night’s TV. 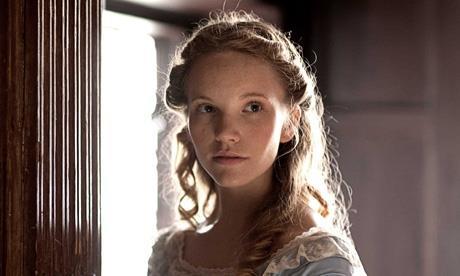 THE MYSTERY OF EDWIN DROOD, BBC2

“Just as the suspects were lining up nicely, the writer played a blinder… [It] contains the fun of a classic Dickens adaptation with the bonus that we now no more know Gwyneth Hughes’s intentions for tonight’s conclusion than we will ever know Dickens’ for his.”
Andrew Billen, The Times

“It was good as a thriller…with a lovely, supple, sinewy script moving everything smoothly, relentlessly into murkier and eventually murderous waters. But it was even better – thanks to a collection of uniformly brilliant performances – as a story of human passions and fatal weaknesses. To have the two yoked together is always a luscious treat.”
Lucy Mangan, The Guardian

“It does exactly what good writing should…With someone else’s needlework Edwin Drood might cease to be the one unfinished Dickens and become the only Dickens with a decent ending.”
Matt Baylis, Daily Express

“A Dickens adaptation that feels unusually light and limber. It’s less a matter of going through the canonical motions than of simply telling an intriguing story. And the performances too seem liberated by a degree of anonymity. It has its Dickensian elements, of course…but it also has room for a kind of briskness and understatement that (pace Arena) is all too often lacking in television versions.”
Tom Sutcliffe, The Independent

“A curious affair… it was nearly quarter of an hour before the programme said anything on its own behalf, offering instead a montage of clips and title cards. It also seemed a little odd that the core of the film…came so late. It’s not how Dickens would have told the story.”
Tom Sutcliffe, The Independent

“Stuffed to the gills with archive footage of more than a century’s worth of the novels’ translations to screen… I could have done with more narration overlaying and underlining what we were seeing – there was so clearly such knowledge and expertise at work in the construction that I wanted to hear as well as see more of it.”
Lucy Mangan, The Guardian

“Delightful…  Unlike Drood, which was originally promised to the channel, BBC Four kept this magical documentary for itself.”
Andrew Billen, The Times

“It was presented by 22-year-old Nathalie Emmanuel, who had a nice line in appalled but diplomatic questioning… [a] clear-eyed and comprehensive trip.”
Lucy Mangan, The Guardian