“A risk and rawness here that I think would have made Ken Campbell proud.” Read on for the verdict on last night’s TV. 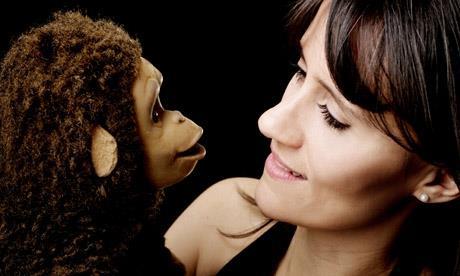 “An odd, often uncomfortable film that dared to go to some very dark places. there was a risk and rawness here that I think would have made Ken Campbell proud.”
Tom Sutcliffe, The Independent

“Theroux didn’t lose sight of the fact that it’s still humans who perform it.”
Tom Sutcliffe, The Independent

“Some things don’t change. Theroux still drives around the US, leaning forward slightly in the seat, gripping tight, brow furrowed, scouring the way ahead for interesting subculture. ”
Sam Wollaston, The Guardian

“Housewives started a TV trend to trivialise dramatic content in favour of all-knowing smugness. [Creator] Mac Cherry neglected the chance offered by his title to say something real about America’s affluent suburbs and instead chose to cram random melodrama into Wisteria Lane. Housewives was a daytime soap played not for big laughs, which would have been forgivable, but teary smiles.”
Andrew Billen, The Times

FALLS THE SHADOW: THE LIFE AND TIMES OF ATHOL FUGARD, SKY ARTS 1

“Definitive. At two hours 20 minutes so it should have been, you might say, but not a moment was wasted… Because the BBC turned it down, only a small fraction of those who would have appreciated it will have seen it. Does the BBC really believe that its duty to art documentary does not stretch beyond single hours punctuated with nodding shots of Alan Yentob and Melvyn Bragg?”
Andrew Billen, The Times