“Were I to put money on whether this was ITV’s next big drama, I’d say it was.” Read on for the verdict on last night’s TV. 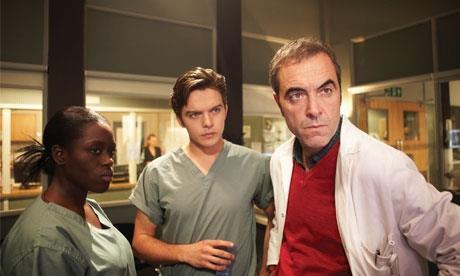 “After my misplaced enthusiasm for Silk, I’d prefer to keep my hand in my pocket, but were I to put money on whether this was ITV’s next big drama, I’d say it was.”
Andrew Billen, The Times

“Monroe is slick, sharply written; it has a refreshing feeling of confidence. And Nesbitt has a magnetic screen-filling presence. It’s good; a welcome addition to the barren Thursday-night schedule for people who still watch telly as it goes out. It’s just not as good as House.”
Sam Wollaston, The Guardian

“Nesbitt was on top-class form, as were the rest of the cast. The dialogue was snappy and the supporting characters, including a recalcitrant son who’s just left for university and an arrogant little upstart student, were spot on.”
Virginia Blackburn, The Express

The British at Work, BBC2

“The chief merits of this show were: first, Kirsty Young is a brilliant interviewer, and adopted her most materteral Desert Islands Discs voice to great effect with former miners, bus men and the like; and second, and to the producer’s ever-lasting credit, even in this first show we actually progressed from mere wistfulness to proper social analysis.”
Amol Rajan, The Independent

“Today, however, she was pretty sure we enjoy our jobs, believe they say something about us, and are treated with respect at work. She really must get that Doctor Pangloss on her Desert Island Discs.”
Andrew Billen, The Times

“Jobs were so much easier in the 20 or so years after the second world war, as I learned from Kirsty Young’s interesting documentary The British at Work.”
Sam Wollaston, The Guardian

Comic Relief: Famous, Rich, and in the Slums, BBC1

“Comic Relief is now accompanied by an annual jamboree of cynicism, because it is fashionable to deride Western do-gooders as patronising. Shows like this can help the resistance to that idle nonsense.”
Amol Rajan, The Independent