““I was so wrung out after the first half hour I wasn’t sure I was going to make it to the end.” Read on for the verdict on last night’s TV. 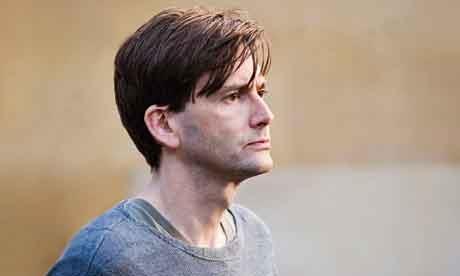 “I was so wrung out after the first half hour I wasn’t sure I was going to make it to the end…I can’t fault [it], except perhaps in its subject matter…For those made of stronger stuff, I recommend it.”
Tim Dowling, The Guardian

“An odd mixture of realism and melodrama, alternating between note-perfect domesticity and scenes that snag at your suspended disbelief… [But] more than enough truth then – and truthful performances too – to compensate for the odd touch of melodrama.”
Tom Sutcliffe, The Independent

“Tennant hyperventilated, jerked his head, stuttered, and then did it all again…You will not see a better 30 seconds of 100 per cent acting this year…Sadly after this perceptive start, widowhood became less the piece’s subject than its premise.”
Andrew Billen, The Times

“A cut above, as these things go. It’s filmed in a hard brittle light by Stephen Hopkins…and it’s got David Morrissey in it, who can make pretty much anything believable, even when it tramples over procedural and bureaucratic realities.”
Tom Sutcliffe, The Independent

“[It] cannot claim originality…But the character acting is compulsive and Stephen Hopkins’ direction is brisk without being hectic and visually and musically imaginative without being arty.”
Andrew Billen, The Times

“The sense of danger was heightened by the fact that neither we nor Louis understood what the hell was going on.”
Tim Dowling, The Guardian

“Mostly baffling – with occasional outbreaks of Therouvian comedy. The question you heard most frequently was “What’s happening here?”…I don’t think he ever really got an answer.
Tom Sutcliffe, The Independent

“The editing style was horrid, with everything chopped up to fit a two-second attention span, and the voiceover was over the top. Yet sometimes Uncle Sam does it better than us.”
Matt Baylis, Daily Express