“One of the most powerful hours of comedy-drama I’ve seen of late”. Read on, for the verdict on last night’s TV. 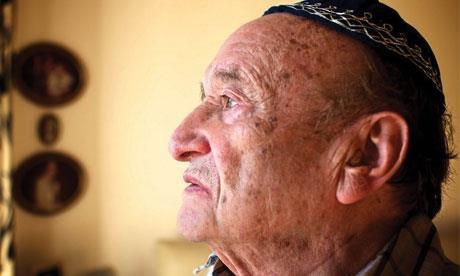 “There are comparatively few documentaries you wish had been twice as long; this was one of them.”
John Grace, The Guardian

“Strictly Kosher was definitely from the spoonful-of-sugar school of documentary-making, sneaking in serious messages about repression and rituals behind a cast of absolutely fabulous characters….Interesting. More please.”
Alex Hardy, The Times

“I realised that even in a backstreet in a drab little northern town you could find history, ritual, links to the ancient and faraway. As far as I am concerned no TV programme brought that home better than Strictly Kosher.”
Matt Baylis, The Daily Express

“the I-word was conspicuously absent…Whether this was deliberate I don’t know, but it was a useful omission, because Manchester was the only Promised Land, or at least Land of Promise, that mattered here.”
Brian Viner, The Independent

“Last night’s dose was one of the most powerful hours of comedy-drama I’ve seen of late…Neat stuff that will keep you laughing, crying guessing.”
Alex Hardy, The Times

“On a night of otherwise delicate and non-judgmental documentaries…the iconoclasm all came from British Masters.”
John Grace, The Guardian

The Truth About Wildlife, BBC2

“It was good to hear him [Chris Packham] say that fisherman are too often maligned, and conservationists too often self-righteous.”
Brian Viner, The Independent

“No matter how brilliant our inspector is at homing in on the problems and fixing them, he might need a lesson in empathy.”
Matt Baylis, The Daily Express