“Deeply shallow, humiliating, sometimes even cruel, and based on absolutely nothing at all but looks. I think I like it.” Read on for the verdict on last night’s TV. 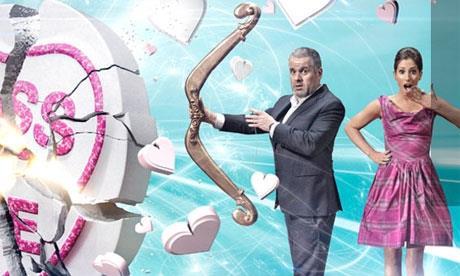 “Deeply shallow, humiliating, sometimes even cruel, and based on absolutely nothing at all but looks. I think I like it.”
Sam Wollaston, The Guardian

“The facts are delivered to you in a manner that doesn’t rise much above primary school level… Quite why they need two presenters, I’m not sure…but it adds an air of sweepstake to the thing, and neither has the edge on the other when it comes to verbal bedazzlement.”
Tom Sutcliffe, The Independent

“[The] one programme I treasure the most…What is the key to its enjoyability? Predominantly, pus.”
Caitlin Moran, The Times

“Homeland is a layer cake of deception… If you remind yourself how much it manages to say while remaining tense and exciting, then you can excuse its trashier, 24-like, moments, its occasional descents into soft-porn, and the unsatisfactory casting of the bland Morena Baccarin as Brody’s wife.”
Andrew Billen, The Times

“It’s been the same every week for the last seven years.”
Matt Baylis, Daily Express

“The story was an attic of clichés, from pot-smoking to getting the newly minted pill from disapproving doctors…Although it was nicely presented and competently acted by an attractive cast, still there wasn’t a single original or even adapted idea in the whole thing… it would have been more involving if the treatment hadn’t been quite so formulaic and predictable for those of us who remember it from first time round.”
AA Gill, The Sunday Times

“This YouTube-style programme, “produced” by Victor Lewis-Smith, was clumsy, witless and pleased with itself to the point of onanism…You really do have to have a good reason for putting Nick Griffin on television, and Keith Allen isn’t it. But you have to have an even better reason for putting Allen on television, and Griffin isn’t it, either.”
AA Gill, The Sunday Times

“It was of passing interest as a glimpse of a particularly dim and brutal aspect of male underclass life, but it was more instructive as a terrible warning about documentary film-making…Knowing when to walk away is a basic documentary skill. Everything is in the editing, and the first thing you have to edit is your time. This was way too long as a film, and nowhere near detached enough, but with 10 years’ worth of rushes, it was always going to be.”
AA Gill, The Sunday Times