“An anthology of gogglesome schoolgirly grimaces.” Read on for the verdict on last night’s TV. 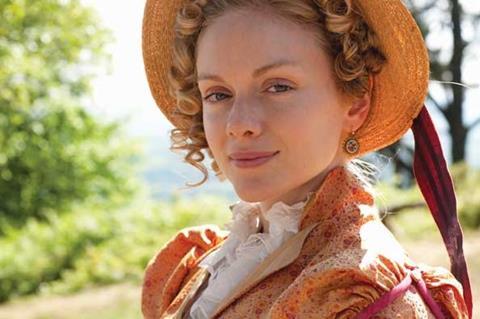 Emma, BBC1
“Last week I thought Romola Garai was bringing something fresh to the part of Emma but her performance seems to be coming down to an anthology of gogglesome schoolgirly grimaces.”
Andrew Billen, The Times

The South Bank Show: Pixar, ITV1
“[John Lasseter] was presented here as a kind of exemplary anti-suit… but he’s clearly enough of a businessman to ensure that the Disney theme parks all got a mention and a pack shot.”
Tom Sutcliffe, The Independent

Doc Martin, ITV1
“Much weaker than the season opener, and continued to deprive us of decent scenes between the bad doctor and his pregnant ex.”
Andrew Billen, The Times

Lunch Monkeys, BBC3
“Lord, it’s depressing, one of those comedies that relies on its laughs… on a collection of implausibly dim-witted people. If you find incontinence, phantom shitters and armpit-farts the acme of wit, you’re in for a real treat.”
Tom Sutcliffe, The Independent

Come Dine With Me, C4
“Call it sympathy for the underdog but by the time the round of dinners was over, I was more on Ray’s side, just because so much hatred had been flung his way by the other contestants.”
Matt Baylis, Daily Express