“A Trojan horse programme.” Read on for the verdict on last night’s TV. 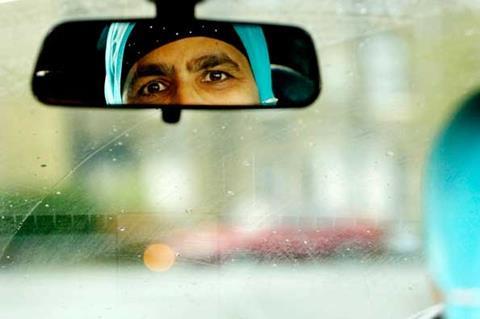 “Hamstrung by the prehistory of Driving School in 1997, this programme was out to extract maximum laughs from its subjects. As comedy, this show is stalling. As social commentary, it is on the right track.”
Andrew Billen, The Times

“A Trojan horse programme, notionally just another fly-on-the-dashboard observational but actually a way of exploring the daily lives of Muslim women.”
Tom Sutcliffe, The Independent

“The grimly dystopic Survivors returned. And to add to its problems - its uninspired casting, its sclerotic pace, its dreary view of human nature - it is going all Lost on us.”
Andrew Billen, The Times

“Fitfully entertaining but unmistakably sub-par hokum, however it is early in the year, the weather is frightful and for the moment it will do.”
Lucy Mangan, The Guardian

“A fresh dose of post-apocalyptic pantomime. Irritating, troubling and frustrating - if last night’s opener was the best they can do, I’ll be watching America’s Fattest Pets on an alternative channel from now on.”
Matt Baylis, Daily Express

“For the first half, Luke Menges’s film was uninformative, omitting even to ask how Chris’s hiccups had begun. Suddenly, the film’s Ripley Believe it or Not! tone vanished as it opened up to the possibility of tragedy.”
Andrew Billen, The Times

“An attractive spice of medical confusion, but Chris Sands’s problem, although funny on paper, was anything but in real life. “
Tom Sutcliffe, The Independent

The Girl Who Cries Blood, C4

“By the end of this dubious show, the only word you could trust was ‘girl’. The film was artfully angled so that the most obvious explanation - publicity-seeking fraud - was concealed from the viewer for as long as possible.”
Tom Sutcliffe, The Independent

“His comparison of the Afghanistan conflict with the Korean War seemed smoothly convincing to me, but I have no idea whether he is actually right.”
Lucy Mangan, The Guardian

“A courageous, clever examination of modern anti-semitism. Yoav Shamir ends up making a beautiful portrait of many, many ugly truths.”
Lucy Mangan, The Guardian

“We were shown a unique landscape; a precious treat in today’s seen it, done it, clicked-on-it world. Equally rare is Dr Casely-Hayford; one of the few presenters who doesn’t need to pretend he’s passionate about his subject.”
Matt Baylis, Daily Express