“This was Saving Private Ryan meets The Wild Geese meets an Ealing comedy.” Read on for the verdict on last night’s TV. 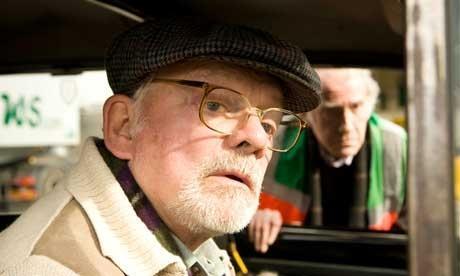 “Once [David Jason] started talking I realised it was the same old DJ with the same old repertoire of techniques….Beside him David Warner gave a first class performance. This was Saving Private Ryan meets The Wild Geese meets an Ealing comedy….contained every plot development you, or anyone else, could imagine.”
Andrew Billen, The Times

“It squandered the respect it had earned for its daring by adding a preposterous and entirely wishful supernatural ending.”
Tom Sutcliffe, The Independent

“It bowed out with a storyline more James Bond than Dixon Of Dock Green.”
Virginia Blackburn, Daily Express

“The testimonies of those involved was cut together with archive footage and pretty expertly produced reconstruction, the authenticity of which was a professional triumph but a source of some minor editorial anxiety, given the scale of what happened.”
Tom Sutcliffe, The Independent

“It’s actually quite good fun. There’s a sadistic pleasure in seeing these people humiliating themselves.”
Sam Wollaston, The Guardian