“Ugly, unforgettable television.” Read on for the verdict on last night’s TV. 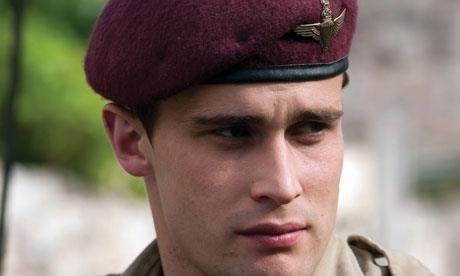 “The Promise requires post-programme thought, but watching it is immersive and emotional: immersive because it has been filmed precisely on location, emotional because what we are also seeing is an erosion of a young woman’s slightly wince-making innocence.”
Andrew Billen, The Times

“As some drew their last breaths, bystanders sipped tea and went on reading their newspapers. Ugly, unforgettable television.”
Matt Baylis, The Daily Express

Toughest Place to Be a Paramedic
Sunday, BBC2

“The programme afforded a morbidly compelling, occasionally moving glimpse into ordinary life in Guatemala, a place of grim ironies.”
Tim Dowling, The Guardian

“Whereas a traditional reporter would by the end have ordered her face into a pattern of censorious compassion, Angie looked exhilarated. She would, she said, come back for more. ‘It is very, very exciting.’”
Andrew Billen, The Times

“You suspect that each episode of this series will stand or fall by the quality of its participants. Instead of taking centre stage and weeping about the benighted lives of these humble people, Angie quietly watched and pointed things out while she got on with her job.”
Matt Baylis, The Daily Express

“It was – literally – ambulance-chasing television, but as well as the flashing-light stuff, Angie explored the off-duty lives of her counterparts, some of whom lived in heavily guarded compounds so that they could take a few hours off from fearing for their lives, while others had to play Russian roulette everyday by commuting in on the city’s buses, a favoured target for gangs looking to extort protection money.”
Tom Sutcliffe, The Independent

“The farewell episode was nonetheless an object lesson in the expedient knotting of loose ends. There were lots of tears, some poignant observations about life and love, two faintings and several happy endings.”
Tim Dowling, The Guardian

“Up till that point it would have been an organic, heritage-strain potato to boot, but there were signs by the end that Arthur was beginning to think of the People’s Supermarket as a supermarket for ordinary people, not just a campaigning platform.”
Tom Sutcliffe, The Independent

“I do not mean to compare a racy entertainment full of naked people with historical reality, but I still have a question: when is Henry VIII going to get fat?”
Tim Dowling, The Guardian