“There has never been a better argument for being unconscious.” Read on for the verdict on last night’s TV. 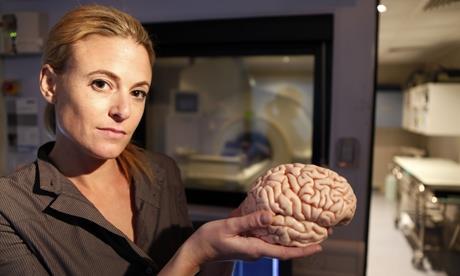 Horizon: Out of Control?, BBC2

“Put simply, there has never been a better argument for being unconscious, which is good news for the manufacturers of alcohol and mattresses.”
Matt Baylis, Daily Express

“I liked this programme, but I was left with the nagging sensation that it wasn’t me that was doing the liking at all… and that the silent partner in the back room might just be distracting me from something I ought to be paying more attention to.”
Tom Sutcliffe, The Independent

“In a stroke of genius, the producer-director Ben Lawrie asked all his interviewed scientists to draw the area of influence of our conscious brains. The good news was that the remaining expanse contains not a raging hormonal beast but a sophisticated machine working on our behalf. This, needless to say, was not what Freud thought. And you know what I liked most about the programme? The fantasist from Vienna was not even mentioned.”
Andrew  Billen, The Times

“He has free range of the BBC archive, of Tony Benn’s memory, of Joan Bakewell’s anecdote Rolodex. He has it all, it’s mesmerising.”
Zoe Williams, The Guardian

“All appearances by Frost these days carry the possibility that the old boy has finally lost it.”
Andrew Billen, The Times

“That’s the real problem – not that CSI has exhausted all possible causes of death proffered by the modern world; rather that, leechlike, they have sucked all the blood out of sentient humanity.”
Zoe Williams, The Guardian

“As in her [Rosa Monckton] previous films, the painful evidence of how cruel people can be was mitigated by repeated proof of how loving families are. But they deserve the comfort of strangers too.”
Tom Sutcliffe, The Independent

“Deserting Argentine conscripts also helped, as did a sizeable sprinkling of luck. Luck, a veteran added darkly at the end, is not something we can rely on if we’re called to that corner of the globe a second time.”
Matt Baylis, Daily Express