“Starling generally succeeds where Stella stumbled.” Read on for the verdict on last night’s TV. 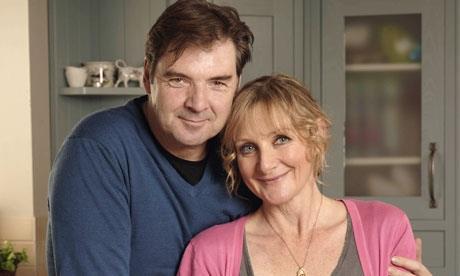 “It is very sweet, which is both praise and blame, since the absence of sharp edge may not be to everyone’s taste.”
Tom Sutcliffe, The Independent

“It is an attempt by Sky One to establish itself as the home of non-genre domestic comedy-drama. Comedy drama is often considered a cop-out because it doesn’t need to be either. Actually, it needs to be both, and here Starling generally succeeds where Stella stumbled.”
Andrew Billen, The Times

The Lost World of the Seventies, Sun, BBC2

“Cockerell ended his programme with David Bowie’s “Heroes”, hinting that we made our public figures out of grander stuff in the Seventies. That was pushing it a bit frankly, even though two of his subjects were heroes of a kind. But there was no question that they made good television, then and now.”
Tom Sutcliffe, The Independent

“It’s this particularly Blue Peter-esque approach that continues to make the series such a success. It’s not particularly slick, as the presenters spend most of their time bundled up in cagoules and fleeces and being rained on and things sometimes go wrong.”
Matt Baylis, The Express

“I don’t hate Coast, even if it can be a bit earnest. The cliffs, the gannets: they’re amazing. Coast, plus all its clones, has done a brilliant job at bigging up this country’s natural beauty. But seven years is enough.”
Sam Wollaston, The Guardian

“If you make a sitcom about a sitcom, the meta-sitcom needs to be both better than and different from the sitcom within.”
Andrew Billen, The Times

“It is an excellent series, a blend of international current affairs, features, human stories, natural history and a bit of travelogue that really works.”
Sam Wollaston, The Guardian