“It’s pure CSI.” Read on for the verdict on last night’s TV. 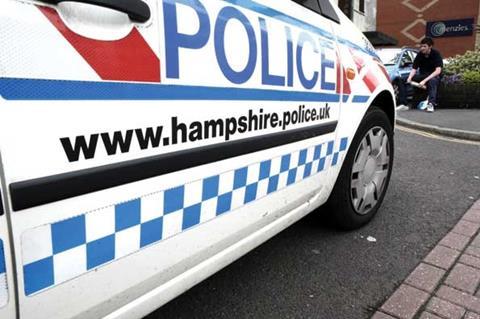 “There have been many fly-on-the-wall police documentaries but never one, to my knowledge, that followed a single inquiry from the discovery of the crime through to its resolution in a purely narrative manner.”
Andrew Billen, The Times

“Followed the CID team with the same, forensic attention to details as they themselves applied to the case… It seems there can be just as much drama in a real-life investigation.”
Matt Baylis, Daily Express

“I’m not sure this is so very different from TV crime drama… When this lot have their white suits, gloves and masks on, and they’re combing the scene or analysing paint, or the autopsy teams picks over the body for clues, it’s pure CSI.”
Sam Wollaston, The Guardian

“Crime writers could usefully employ some of the details here to jolt their own creations away from cliché.”
Tom Sutcliffe, The Independent

Around the World in 80 Days

“Not enough to justify the hour. If I make a donation now, can I be let off watching the rest?”
Tom Sutcliffe, The Independent

“If the BBC thinks that the only way to make Istanbul… interesting is to show it through the eyes of Lee Mack and Frank Skinner… then we’re all in trouble.”
Matt Baylis, Daily Express

Horizon: Do I Drink Too Much, BBC2
“It is always fun to watch skunk-drunk television presenters, although I’ll name for the time being only Bill Grundy, because he is dead.”
Andrew Billen, The Times

The Marchioness: A Survivor’s Story, BBC1
“Jonathan Phang was the blameless 23-year-old who 20 years ago organised a party on the Thames for his best friend Antonio. The boat he hired was the Marchioness. A dredger called the Bowbelle ploughed into it and 51 people drowned, including Antonio… This film followed his desperately moving attempts to heal.”
Andrew Billen, The Times