“Holden was roughly as much use as chocolate forceps.” Read on for the verdict on last night’s TV. 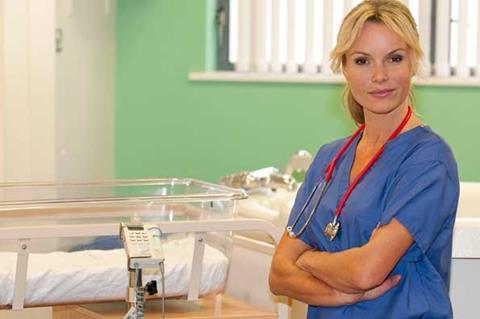 Out of my Depth, ITV1

“Here’s another reason to feel sorry for the newborn – if you did have to have the host of a TV talent show present at your birth, and meet her before meeting your own mother, you’d want it to be Cheryl Cole, wouldn’t you?”
Sam Wollaston, The Guardian

“Its premise was hopeless. If the birth went well, the celeb would have nothing to do. If it went badly they wouldn’t be allowed to do anything.”
Andrew Billen, The Times

“Midwifery was a daft place to start, because it emphasised the flaws of the concept. Holden was roughly as much use as chocolate forceps, scarcely less out of her depth at the end of the show than she had been at the start. It did make me wonder whether I had just wasted an hour of my life, and Holden five weeks of hers.”
Brian Viner, The Independent

“The series ended with a monkey asleep, a broad smile across its face after a day well spent. One looked at it and thought of dear David in his voice-over booth.”
Andrew Billen, The Times

“Hard to see how natural history camerawork can ever get better, although I think I said that of the last wildlife epic narrated by David Attenborough, and the one before that.”
Brian Viner, The Independent

“Consistently irritating … but along the way, it did teach us something about modern art. The series’ main lesson was that, in the end, art has to give pleasure to the senses.”
Andrew Billen, The Times