“This was a brave and enlightening documentary, almost too brave for its own good.” Read on for the verdict on last night’s TV. 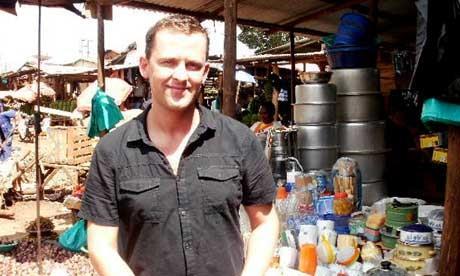 The World’s Worst Place To Be Gay, BBC3

“This was a brave and enlightening documentary, almost too brave for its own good, in fact, because it concluded with an interview with the witchfinder-general himself, the appalling Bahati, during which our man admitted to being gay. ”
Brian Viner, The Independent

“I guess he’s [Scott Mills] a DJ, not a journalist. And hats off for going there in the first place, bringing the issue to a wider audience.”
Sam Wollaston, The Guardian

The Beauty of Books, BBC4

“The word “medieval”, for example, is often used pejoratively, yet The Beauty of Books showed just how wrong this is, focusing on two masterpieces in particular, the Luttrell Psalter (written between 1330 and 1345, which sounds like a very short time frame indeed, but maybe I’m too much in thrall to the 24-hour clock) and The Canterbury Tales.”
Brian Viner, The Independent

Horizon: How To Mend a Broken Heart, BBC2

“There was plenty of Corrie camp. Bless Bet for moaning, as Peter called the whole thing off, that she’d now got “four dozen heart-shaped vol-au-vents” going begging. And credit to the cast and writers for attempting to fill a Blanche-shaped hole for barbed remarks.”
Alex Hardy, The Times

For Crying Out Loud, BBC4

“Perhaps the whole thing was just disappointing given that we know how good BBC Four can be at making these celebumentaries work.”
Alex Hardy, The Times

“Johnson and Walsh have just the right amount of zing between them to complement the show’s celebrity profile and the line-up of guests over the next week.”
Matt Baylis, The Express

“Attempts to discredit Wilders seemed limp, not to mention unnecessary, a bit like saying Stalin had smelly feet.”
Matt Baylis, The Express