“Funny then not funny; sharp, then suddenly, lamentably pedestrian.” Read on for the verdict on last night’s TV. 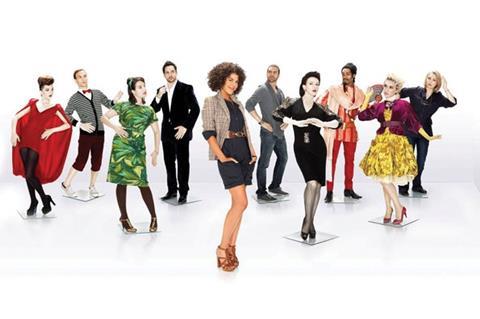 “An hour that felt a bit like a day of blistering sunshine and horrendous hailstorm: funny then not funny; sharp, then suddenly, lamentably pedestrian.”
Tim Teeman, The Times

“With its fantasy scenario and its overacted characters, this whole outfit feels like it should be aimed at pre-pubescent girls, but that said, if I had a daughter, I wouldn’t want her watching something so morally vacuous and superficial.”
Matt Baylis, Daily Express

“A sort of low-budget British version of Ugly Betty, it offers none of the attractions it should: no wit, no glamour, and absolutely no plausibility.”
Alice-Azania Jarvis, The Independent

“McCloud spoke eloquently, if not persuasively, but part of this smacked of middle-class poverty tourism.”
Tim Teeman, The Times

“Beautiful children playing in raw sewage and bustling commerce amid the refuse. This could have been shock tourism; instead it inspired just as much as it alarmed.”
Matt Baylis, Daily Express

“Kevin was really quite good at showing us the ups and downs of slum life, and not in an unamusing way.”
Alice-Azania Jarvis, The Independent

THE SECRET LIFE OF CHAOS, BBC4

“This crash course in chaos theory was brilliant and the science was beautifully woven in with the stories of the scientific pioneers - although I did have to watch it twice.”
Sam Wollaston, The Guardian