“It’s issue-led rather than story-led, dramatisation rather than drama. With not much in the way of characters.” Read on for the full verdict on last night’s TV. 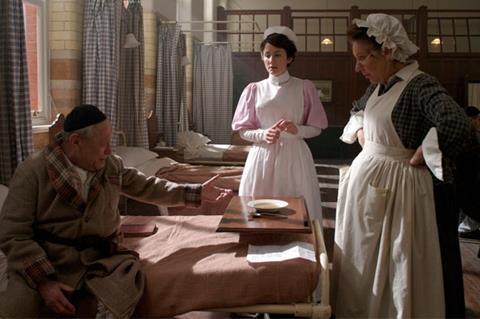 Casualty 1909, BBC1
“A show that doesn’t inform or entertain but actively puts people off learning anything about the past.”
Matt Baylis, Daily Express

Casualty 1909, BBC1
“The existence of Casualty 1909 is clearly the result of a classic piece of joined-up executive thinking: viewers like Casualty, they also like period dramas, ergo a version of Casualty set in the olden days will offer viewers everything they could possibly want.”
Paul Whitelaw, The Scotsman

Casualty 1909, BBC1
“Tear the writers away from the hospital archives, encourage them with a pay rise, and maybe this warhorse can break into a gallop.”
Andrew Billen, The Times

Casualty 1909, BBC1
“It’s not too bad really if you like that kind of thing, offering a fresh vocabulary when it comes to medical jargon and a pretty painless introduction to the medical and social realities of Edwardian life.”
Tom Sutcliffe, The Independent

Casualty 1909, BBC1
“It’s issue-led rather than story-led, dramatisation rather than drama. With not much in the way of characters.”Sam Wollaston, The Guardian

Stephen Tompkinson’s African Balloon Adventure, ITV1
“We don’t really think about the best person for the job anymore, we just see which celebrities have got a bit of down-time, and pair them off with a slice of wilderness and some wacky form of transport.”
Matt Baylis, Daily Express

Manet: the Man Who Invented Modern Art, BBC2
“Waldemar Januszczak carefully blended art and social history and then, in dollops that would make Nigella Lawson coo, dropped in large measures of prurience.”
Andrew Billen, The Times