“It didn’t burrow deep into the sources of a betrayal that has pretty much ruined his life.” Read on for the verdict on the weekend’s TV. 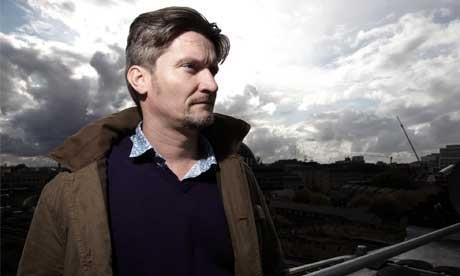 CONFESIONS OF AN UNDERCOVER COP, C4

“The word “confession” in the title did seem to hint that we might penetrate a little deeper into the motives of the man himself. ..Instead, we got a narrative that concentrated on betrayal and stress and contradiction, but didn’t burrow deep into the sources of a betrayal that has pretty much ruined his life.”
Tom Sutcliffe, The Independent

“His retelling of his tale had a curiously detached feel….[The protestors] silence was probably the most powerful thing about the film.”
Alex Hardy, The Times

“It’s a sad, unedifying story, but told in a slightly relativistic way: Mark was its focus but doesn’t seem to have achieved much understanding and isn’t prepared to take much responsibility. It makes his testimony sound plaintive and his character hard to love.”
Zoe Williams, The Guardian

“He knew, just as every spy knows, where the lines lay and if he crossed them the responsibility for that had nothing to do with policy and everything to do with personal choice.”
Matt Baylis, Daily Express

“Andrew Graham-Dixon is incredibly easy to love…he has an evocative, dry, unfussy turn of phrase.”
Zoe Williams, The Guardian

“I wish the BBC would stop making its presenters open up their new series with bombastic hype for what’s to follow… It’s full of good things, but I suggest you turn up two minutes late.”
Tom Sutcliffe, The Independent