“May do for African squalor what Shameless did for the underclass of Manchester.” Read on for the verdict on last night’s TV. 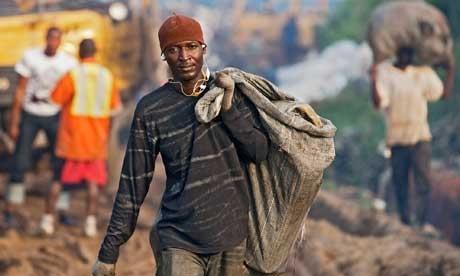 Click here for a behind the scenes look at the doc

“Welcome to Lagos may do for African squalor what Shameless did for the underclass of Manchester, namely make poverty look a look more fun than you could ever imagine.”
Andrew Billen, The Times

“It is so much better than Secret Slumdog Millionaire – for one because it’s actually about the people in the slums, not someone wanting to be seen to be doing good. But also because it’s not all hand-wringing and bleeding-heart charidee.”
Sam Wollaston, The Guardian

“As often happens when you say the word Cambodia, people tend to mention Nigeria, and its capital city, with a bit of a shudder. You can see, through that glaze in their eyes, that they are thinking of corruption or e-mails promising untold millions in exchange for your bank details.”
Matt Baylis, Daily Express

“Inspiring, and endearing, but also a little tragic.”
Alice-Azania Jarvis, The Independent

“Ex-jailbird John Stape has taken his bid for an honest wage to fresh heights of stupidity.”
Matt Baylis, Daily Express

“Outnumbered is a lot like real life. It’s not the script that does it – that’s good, though like any of these two point four children sitcoms, a little cheesy too. No, it’s the children. They don’t seem to be acting at all.”
Alice-Azania Jarvis, The Independent