“It’s easy to enjoy but hard to care.” Read on for the verdict on last night’s TV. 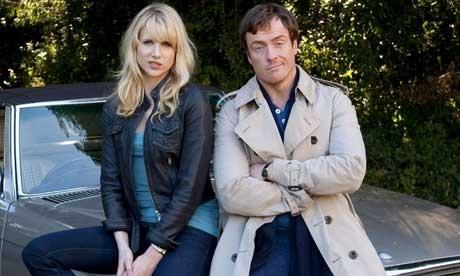 “More than two decades on…Vexed attempts to do a Moonlighting for our times…Both [Lucy Punch and Toby Stephens] knock their roles out of the park…The problem is it’s a bit too funny…Vexed’s pace is that of a sketch show, killer gag after killer gag. Played too quick and too silly, it’s easy to enjoy but hard to care.”
Helen Rumblelow, The Times

“There are no words to describe how bad this series, a so-called comedy-drama, is…Truly great comedy has its roots in reality and there was nothing that rang true in this offering…Everything about this opening episode was quite screamingly bad, especially what was supposed to pass for banter.”
Virginia Blackburn, Daily Express

“No manners or mannerisms were lost in translation. That subtracted from the customary charm of this genre, which is humility in uncertain terrain… It was hard to detect a sense of adventure, because this looked as much like Sussex as New South Wales. It’s to be hoped there’s more drama in what more is to come.”
Amol Rajan, The Independent

“From now on can we have less of the drifting and the views, and more crashing please?”
Sam Wollaston, The Guardian

MUST BE THE MUSIC, SKY1

“It’s a good idea; genuine musicians judge acts who are encouraged to perform their own material…But is it just too fair to be popular?”
Helen Rumblelow, The Times

“It sensitively conveyed the rather sad point that this man was, of his own volition, completely misunderstood… the last laugh was his, and the real joke on us.”
Amol Rajan, The Independent

CHERYL COLE: WHERE DID IT ALL GO RIGHT – AND WRONG?, FIVE

“Thanks goodness for Cheryl Cole and the makers of [this]…telling Cheryl’s story in a way that was both tongue-in-cheek and knowing but getting in all the facts on her too.”
Virginia Blackburn, Daily Express