“It looked at three troubled children who’d found themselves referred to a Fire Service specialist unit.” Read on for the verdict on last night’s TV. 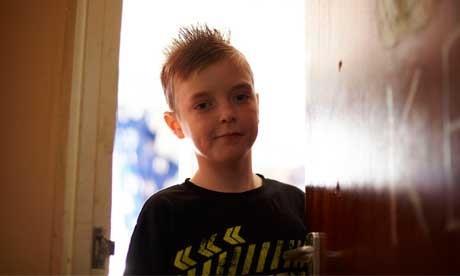 Wonderland – The Kids Who Played With Fire, BBC2

“It looked at three troubled children who’d found themselves referred to a Fire Service specialist unit dealing with firebugs. None of the three children here were full-blown arsonists. They just liked scorching things and were dangerously over-confident about their ability to stop a minor blaze from getting out of hand.”
Tom Sutcliffe, The Independent

“Although Vanessa Stockley’s film began with children telling horror stories – one has burnt down the top floor of his house, the other his school – it settled into an examination of the otherwise ordinarily unsatisfactory lives of three youngsters whose experiments in combustion had..led to nothing worse than burnt holes in mattresses and carpets.”
Andrew Billen, The Times

“It showed us the intensive emotionally demanding work this entails from doing drawings with fidgety 10-year-olds to painful exchanges with unhappy teenagers who’d rather be somewhere else.”
Matt Baylis, The Express

“But probably nothing short of a full-bore parody could have made the mechanism of the plot bearable, as it creaked slowly through its arbitrary and ludicrous revelations. They keep making the damn things – so I assume someone must enjoy them – but I wish all that talent could be applied to more original ends.”
Tom Sutcliffe, The Independent

“A ridiculous story – send Miss Marple to the Apprentice house instead, to get to the bottom of the bloodstain on the ironing board.”
Sam Wollaston, The Guardian

“But – inside the life-affirming clichés about close-knit communities and the joys of friendship – there was an intriguing tale here, about what happens when an amateur pleasure becomes a professional obligation.”
Tom Sutcliffe, The Independent

“This wasn’t the greatest episode of it, though the idiocy of the candidates never fails to amuse and entertain. There’s a problem with the task I think, because no real magazine is being produced and no one is really advertising in it. That means there’s no real money involved.”
Sam Wollaston, The Guardian

“It still fails to catch fire this season. Last night’s task, to set up a “free-mium magazine” (a giveaway glossy) stretched credibility as candidates named and designed a new mag in a day.”
Andrew Billen, The Times

Apples: British To The Core, BBC4

“Expert gardener Chris Beardshaw began this quirky history of the humble fruit by walking us through the orchards of his boyhood turf on the Herefordshire and Worcestershire border.”
Matt Baylis, The Express