“A bit like LA Law with wigs.”  Read on for the verdict on last night’s TV. 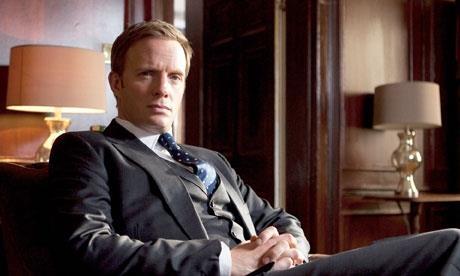 “Silk is quite good, for the same reasons it was quite good last series: exciting in court, a bit underwhelming outside.”
Sam Wollaston, The Guardian

“Its account of courtroom strategy is deeply soothing for the non-professional, suggesting that it consists largely of arrogantly knowing smirks, downcast looks and dramatic reversals.”
Tom Sutcliffe, The Independent

“Silk is, then, as good as loads of Americana, but still pretty darn standard.”
Andrew Billen, The Times

“Unlike the textbookish Garrow’s Law and the laughably bad Innocence Project, this show just about papers over the fine print with a sparky cast and a whiff of sex. A bit like LA Law with wigs.”
Matt Baylis, Daily Express

“It’s the funniest thing on.”
Sam Wollaston, The Guardian

“It’s a good sign that it had turned me from bemusement to gentle chuckling in the course of a single episode.”
Tom Sutcliffe, The Independent

“Despite its aimlessness this season…remains effortlessly witty, committed to complex characterisation, and surprises without ever offending credibility.”
Andrew Billen, The Times