“A compelling dissection of the fragility of ordinary lives, but you did long for just a little light and shade.” Read on for the verdict on last night’s TV. 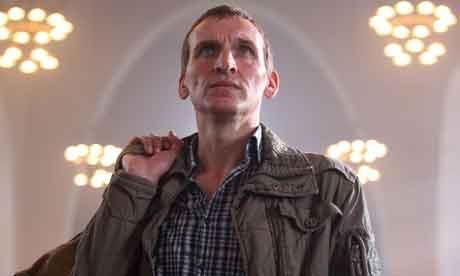 McGovern seems to rewrite Hitchcock thus: drama is life with the dull bits kept in but in such beautiful authentic detail that you won’t really mind when something inauthentic pops up along the way.
Alex Hardy, The Times

McGovern understands what commissioning editors increasingly seem to forget  - that ordinary working people have complicated lives, rich in dramatic potential, no less than, indeed possibly more than, the puy lentil-eating bourgeoisie. With his enthralling series The Street, and now this, McGovern is a one-man counterblast to the ridiculous and yet firmly entrenched notion that their stories should be confined to the soaps.
Brian Viner, The Independent

There is always an air of doom hanging over McGovern’s work and you often find yourself wishing for a tiny ray of sunlight. However, when you compare his dramas to other stuff out there, it still looks outstanding because people never get away with stuff in anything penned by this particular writer.
Matt Bayliss, The Express

It was – as ever with the writer of The Street, Cracker and Hillsborough – a compelling dissection of the fragility of ordinary lives, but you did long for just a little light and shade. People do crack jokes and the occasional smile during hard times – sometime never more so than when they are staring over the edge of the abyss – but rarely in a McGovern drama.
Lucy Mangan, The Guardian

From a very small man to a very large woman, it’s a joy to have Miranda back, offering a reminder, in this polemical age, that comedy can still be visual as well as verbal.
Brian Viner, The Independent

In this dollop of old-fashioned slapstick Miranda went to buy a bed after breaking her last one, was mistaken for a staff member and ended up driving a forklift truck at the warehouse , underscored by sharp lines about being a young woman who fails to live up to the shampoo commercial ideal. One bit works, the other looks tired and silly. No prizes for guessing which.
Matt Bayliss, The Express

Miranda back for a second series, is as gloriously daft as Accused was dour. Gary, the love interest, has gone to Hong Kong and Miranda is bent on reinvention…. It is solid, heartening fare and I nearly laughed my leg off.
Lucy Mangan, The Guardian

It’s hard to tell after the first episode of five to what extent the drama will be choked by its social comment element. But there’s enough nice detail (a maraschino cherry stuck in a local’s attempt at curry) and subversion (the doctor’s wife is markedly less accepting of the villagers than they are of her) to make it worth another look.
Alex Hardy, The Times

Their [Steve Coogan and Rob Brydon] culinary odyssey round Northern England, is a strange delight, like snipe on toast. Last night they reached Holbeck Ghyll in the Lake District, with their respective characters (Brydon relentlessly cheerful; Coogan insecure and melancholic) now firmly established, though how much of it’s an act we’re not quite sure, which is where the appeal of The Trip lies.
Brian Viner, The Independent

The documentary about the thin blue line that separates the law-abiding public from the apparently seething chaos of the rest, continues to inform, entertain and boggle the mind in equal measure. This week we saw inside the emergency dispatch room of the Kent police. “I’m having a 21st birthday party for my daughter,” said one 999 caller. “What time does the music have to go off”
Lisa Mangan, The Guardian