“It’s the sort of serious, ambitious commissioning that justifies the licence fee. In fact, it’s almost enough to make you forgive them Bonekickers.” Read on for the full verdict on last night’s TV. 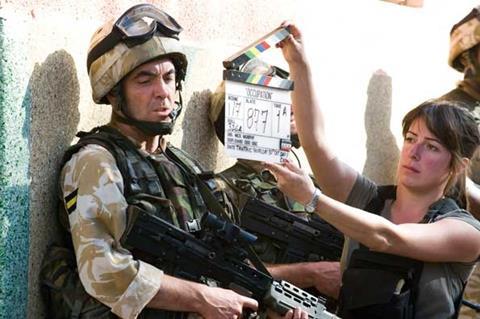 Occupation, BBC1
“It is fairly hard going at first, the clattering accents, the whiplash cutting. And could we, just once, have a press conference where a reporter says something sensible? Otherwise, wonderful. You won’t see acting like this in a day’s march.”
Nancy Banks-Smith, The Guardian

Occupation, BBC1
“I suppose my problem with it is, ironically, one of “tone”. The Iraqi doctor, with whom Nesbitt’s character falls in love, was poorly accented and acted. Their romance, full of bumbling, slightly Four Weddings and a Funeral one-liners, was the least believable and yet most central part of the plot. Nesbitt himself, whose seriousness I have admired in Bloody Sunday, seemed here to be teetering towards the lightness of his Cold Feet template.”
Helen Rumbelow, The Times

Occupation, BBC1
“It’s the sort of serious, ambitious commissioning that justifies the licence fee. In fact, it’s almost enough to make you forgive them Bonekickers.”
Tom Sutcliffe, The Independent

Personal Affairs, BBC3
“Just when you thought their output couldn’t get any worse, along comes Personal Affairs, an abysmal comedy/drama produced by BBC Scotland, which doesn’t so much wear its influences on its sleeve, as tattoo them on its forehead and run around screaming ‘these are my influences!’. A blatant attempt to ensnare the predominantly female audiences of shows such as Sex and the City, Ugly Betty and Desperate Housewives, it ends up being a hideously awkward fusion of all three.”
Paul Whitelaw, The Scotsman

The Pre-Raphaelites: Victorian Revolutionaries, BBC4
“Lively and informative, it couldn’t be faulted.”
Paul Whitelaw, The Scotsman