“It should have been cordoned off with crime-scene tape, not broadcast.” Read on for the verdict on the weekend’s TV. 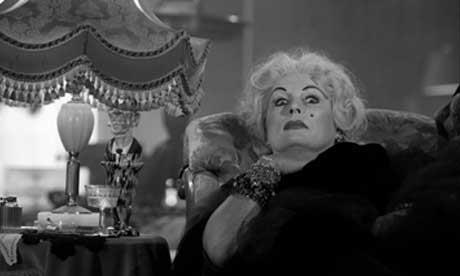 “The pastiche was undisciplined, the script flabby and seemingly unedited, and the plot utterly devoid of satirical bite. It should have been cordoned off with crime-scene tape, not broadcast.”
Tom Sutcliffe, The Independent

“If it was not exactly original to paint George W. Bush as a gangster and Carol Caplin as a femme fatale, Jennifer Saunders’ depiction of Baroness Thatcher as a crazed Norma Desmond on whose tender mercies Blair fell was inspired: theirs was a consumption devoutly to be endured.”
Andrew Billen, The Times

“It wasn’t just predictable, it was worse than that. It was safe. It lacked everything the Comic Strip once boasted. It wasn’t dangerous or clever or funny, not funny at all. Not faintly, not remotely, not even laughable funny. And what it fatally wasn’t was angry. All satire must be born from cold anger, but this was cod fury, stage ire.”
AA Gill, The Sunday Times

“In Downton, we’ve got Bates and Anna, teetering on the brink of wedded happiness, and Lady Mary and Matthew, blind to a love that seems obvious to us. But to entirely destroy the possibility that we might eventually get relief is harsh, and noble sentiments of self-sacrifice no real substitution.”
Tom Sutcliffe, The Independent

“Poor William too, who was blown up during the same incursion. He looks fine, but he’s basically dead, it’s just a funny kind of delayed-reaction death…oops, there he goes, see.”
Sam Wollaston, The Guardian

“Because it’s a stunt and will attract publicity and viewers, and will help sell the accompanying book…no, no, no, because he’s worried about the way meat and fish are produced, and our health, and the health and welfare of the animals, and the whole future of food on the planet.”
Sam Wollaston, The Guardian

“Therapy through philanthropy, that’s what this is, with a boost to the ego and some terrific PR thrown in.”
Sam Wollaston, The Guardian

“That sense of the D-Day landings as a bitter, bloody struggle for sheer survival came through in all the survivors’ accounts.”
Matt Baylis, Daily Express

“A lot of real history has flowed down the Thames since this spy-tech-caper show began and however divorced its plotlines may be from reality there’s a thin core of truth running through it all.”
Matt Baylis, Daily Express