“Fond, warm and charming.” Read on for the verdict on last night’s TV. 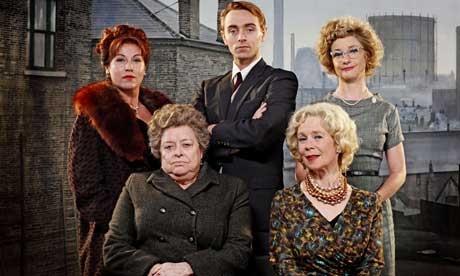 The Road to Coronation Street, BBC4

“There is not a trace of malice. A disarmingly moving drama about Britain’s longest-running soap opera… In return for the romanticism we got strong, if somewhat theatrical, performances, notably from David Dawson…and the perpetually lovely Celia Imrie.”
Alice-Azania Jarvis, The Independent

“What’s ironic is that [it] is everything its subject matter is not. It borrowed very obviously from Mad Men, yet with all its gloss and none of its emotional feeling…it was all too hammy and hammered.”
Helen Rumbelow, The Times

“[It] is fond, and warm, and charming, with a fine lead performance from David Dawson… There are fine performances wherever you look, though some of them take a little getting your head around.”
Sam Wollaston, The Guardian

“[It] was so good it could get another airing on one of the major channels. It was a joy to watch…It was David Dawson and some perfectly judged dialogue that brought this drama to light.”
Virginia Blackburn, Daily Express

“Very, very good and very, very addictive – but it’s also incredibly trashy, flashy and sexy. This is from the network’s Sex and the City/Entourage tradition – categorically not The Sopranos/The Wire school of production…it’s one giant leap of fantasy (with added sexy bits to boot). Which, after all, is exactly what we wanted.”
Alice-Azania Jarvis, The Independent

“An American show that just doesn’t play in Britain. Its lurid battle between religious fanaticism and sexual depravity is entirely local to the United States.”
Helen Rumbelow, The Times