“Just as the volume of information was exhaustive and exhausting, so I found myself both stirred and tried by his style.” Read on for the verdict on last night’s TV. 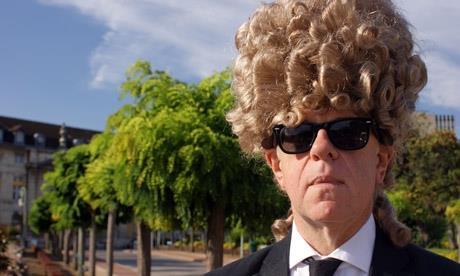 “It should be noted, despite the apparently random construction of Meades’s essay. Because what eventually emerged was a suggestive tangle of subjects, frequently connected by cross-reference and ultimately producing a coherent (or kind of coherent) essay about French patriotism and its self-deceptions.”
Tom Sutcliffe, The Independent

“I can forgive a lot in any programme about France that doesn’t resort to familiar tropes, though much as I came to enjoy my hour in Meades’ company – not least for the surreal, quasi-subliminal images that flashed on to the screen from time to time for no very good reason – I wasn’t entirely sure I really understood what it was he did want to say about France.”
John Crace, The Guardian

“Just as the volume of information was exhaustive and exhausting, so I found myself both stirred and tried by his style.”
Alex Hardy, The Times

“He went instead for a look at the Franco-Algerian crises, a list of French things that began with the letter, a hurried survey of the country’s glorious three decade post-war boom and a vague occasionally revisited idea about eastern France being the most French part of the country, even though it was more German than French. Different. Also a bit of a dog’s dinner.”
Matt Baylis, The Express

“A historical narrative cut together from location filming, rostrum shots of manuscripts, statues, architecture and plenty of medieval music. Dr Thomas Asbridge presents it in that familiarly urgent manner that requires that at least three are stressed in every sentence.”
Tom Sutcliffe, The Independent

“The opening episode was still waist-deep in religious fanaticism and unspeakable violence – but I was more than happy to go along with it, as this was storytelling of the highest quality.”
John Crace, The Guardian