“A brave and compassionate bit of film-making.” Read on for the verdict on last night’s TV. 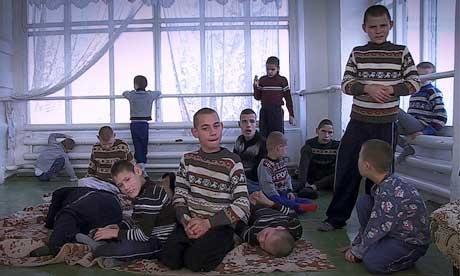 “It was an examination of the legacy of the communist system whereby the parents of disabled children were allowed – encouraged, expected even – to hand over their offspring to the state, which, it was deemed, was better able to care for the children than they were.”
Lucy Mangan, The Guardian

“A brave and compassionate bit of film-making, and a faint but deeply moving silver lining too. The ice is breaking up and human kindness can prevail.”
Tom Sutcliffe, The Independent

“There’s money, it seems, for football tournaments. Not much time for humanity, though.”
Matt Baylis, The Express

“I did find myself wondering why, if Tony can express himself through software and eye movements, he couldn’t also press the button on some mechanism that would end his life painlessly. But I suspect that he doesn’t want to slip out by means of a dubious loophole in the law. I also think he’s entitled to a choice the rest of us don’t have to go to court for fight for, and that having it might actually extend his life rather than shorten it.”
Tom Sutcliffe, The Independent

“Magical it was indeed – up to and including Timothy Spall’s lulling voiceover. With one minor complaint. Why all the pigeons?”
Alex Hardy, The Times