“Their attempts at spontaneous “cute” banter made wood look animated.” Read on for the verdict on last night’s TV. 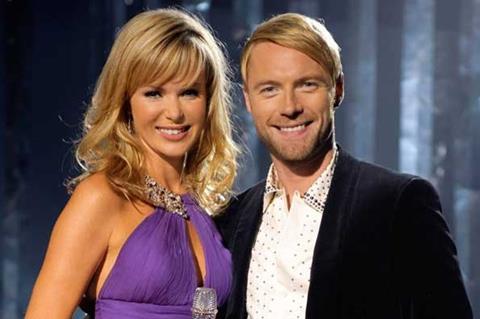 “It was as if ITV had hoicked up a giant oyster of phlegm and coughed it straight into our ears. I am scrubbing them still.”
Lucy Mangan, The Guardian

Where is Modern Art Now?, BBC4

“The documentary was a scrambled mess… a spattered canvas of disparate arguments.”
Tim Teeman, The Times

“Curator and cultural historian Gus Casely-Hayford took a long time to say not very much.”
Lucy Mangan, The Guardian

“An attempt to pin down the next big thing and the next big noise, which ultimately concluded that being a bit smaller and a bit quieter could be the way of the future.”
Tom Sutcliffe, The Independent

“At no point in the programme did anyone, be it owner, narrator or award-winning hotelier, consider the idea that they were talking about people, and not just a problem like dry rot.”
Matt Baylis, Daily Express

“I checked it out again just to check whether it really was as guilelessly boostering of the processed-food industry as I first reported.”
Tom Sutcliffe, The Independent