“A warning to us all of how the unthinkable can quickly become thinkable.” Read on for the verdict on last night’s TV. 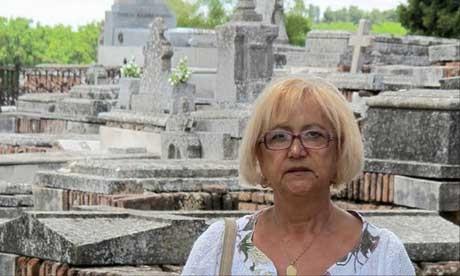 “The claim that nuns and priests colluded with devout doctors to steal children from “unsuitable” parents and sell them to more appropriate ones sounds, on the face of it, like wild anti-clerical propaganda. But evidence is mounting that it really did happen, and possibly at some scale.”
Tom Sutcliffe, The Independent

“It has understandably become a national scandal – albeit one the government and the Catholic church is doing its best to bury – but it should be a global one, a warning to us all of how the unthinkable can quickly become thinkable.”
John Crace, The Guardian

“In [Katya] Adler’s necessarily emotion-filled film, perhaps she could have done more to untangle motives – not that the perpetrators would have told her. In a coup unequalled by the Spanish media, she confronted one of the ringmasters, Eduardo Vela.”
Andrew Billen, The Times

“While this searching documentary did not stint on the emotional impact, it also took pains to look at the roots of the problem.”
Matt Bayliss, The Express

“Three very likeable, intellectually capable but hamstrung children were placed for a fortnight at the Michael Palin Centre for Stammering Children and emerged not only more fluent but also happier – as were their parents, who, naturally had spent years wondering where they had gone wrong.”
Andrew Billen, The Times

“It’s that kind of science-fiction drama, one that understands that a little bit of bathos and banality will enrich the mix, rather than curdle it. The basic offer is a familiar one, gathering a group of uniquely gifted crime-fighters under the tutelage of a professorial type, Dr Rosen, played by David Strathairn.”
Tom Sutcliffe, The Independent

“It is a cut above the usual sci-fi tosh. Yes, there’s the standard-issue older Alpha boss with the usual suspects of a team with complementary personality disorders, but the story zips along at a decent pace and nobody seems to be taking themselves too seriously. Alphas is a welcome addition to the fairly lacklustre Tuesday night schedules.”
John Crace, The Guardian