“Yentob held his tongue.” Read on for the verdict on last night’s TV. 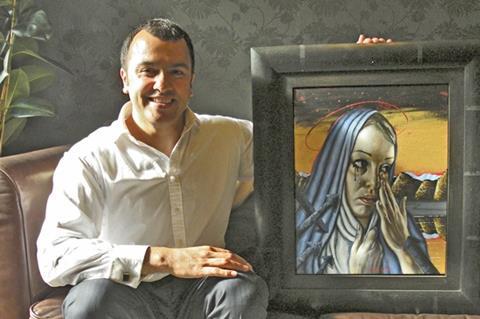 “A lovely film, essentially structured around the ordering and unveiling of two specially commissioned paintings.”
Tom Sutcliffe, The Independent

“Yentob, who once made high-end sneer-docs such as the famous Arena on the song My Way, held his tongue as those who had taken out their Own Art loans showed him what they had spent it on.”
Andrew Billen, The Times

“I suspect 21 Below will be hailed as an intimate and honest portrait of a real American family. Real women, real relationships, real issues. And it is. It’s also a bit bloody boring, to be honest – an hour and a half of people I don’t know banging on about their shitty lives.”
Sam Wollaston, The Guardian

“An odd affair. It s credits featured a “writer”, even though it had no formal voiceover, and its account of events seemed framed to present the oldest sister of the family (who seems also to have been one of the producers) as a martyr to family togetherness.”
Tom Sutcliffe, The Independent

“The best so far… Susan Jameson did the Queen but Lesley Manville stole the show as Thatcher, even getting her walk exactly right.”
Andrew Billen, The Times

“A feast of yuletide fodder so sumptuous that you practically developed heartburn just watching it. She even made roast turkey look vaguely tasty.”
Matt Baylis, Daily Express

“For the second week running, the last ten minutes of the clairvoyant police procedural were actually quite exciting. The difficulty lay in the 50 minutes of scratchy dialogue, robotic acting and general misery that it took to get there.”
Andrew Billen, The Times

“This is a How Do They Do That? Show with a few bodies thrown in for good measure.”
Matt Baylis, Daily Express