“There is as much soap here as there is imagination.” Read on for the verdict on last night’s TV. 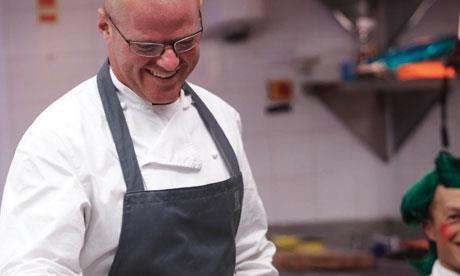 “Anyone who doesn’t salivate at his smoked-apple and pistachio candy floss must have had their taste buds botoxed. Add to that the superb supporting cast, and there is as much soap here as there is imagination.”
Alex Hardy, The Times

Horizon: Are We Still Evolving?, BBC2

“Half an hours worth of material was being stretched to fill an hour. The net effect was to make you feel you were being spoken to slowly and patronisingly by a primary school teacher.”
Matt Baylis, Daily Express

“What we got from this Horizon was more or less what I expected: an hour-long seesaw ride, with scientists supporting the “No, we’ve stopped evolving” case alternating with those whose work supports the other view.”
Tim Dowling, The Guardian

“This was a far more thoughtful ‘we’re all doomed’ than usual, and it provided a wryly teasing conclusion to the programme, not a banner headline to pull in the rubes.”
Tom Sutcliffe, The Independent

“It was, rather self-consciously, a study in maternal love and human fortitude and it didn’t always avoid falling into tabloid sentimentality. There was a real-life justification for adding Abba’s “I Have a Dream” over the final sequence of the film, but it would have been better, in my view, not to have taken advantage of it.”
Tom Sutcliffe, The Independent

“Both women have clearly made many poor choices in their lives, the most naive of which was to agree to be filmed for this programme. It didn’t do them, or us, any favours.”
Tim Dowling, The Guardian

“Easy to see who was more deserving, perhaps, but I wouldn’t have wanted to make the decision.”
Matt Baylis, Daily Express