“Every male character was a study in creepiness.” Read on for the verdict on last night’s TV. 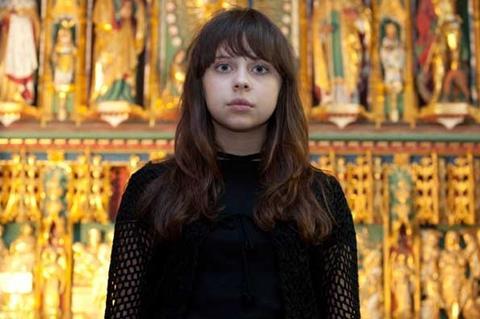 “It’s unfortunate that Murderland should be broadcast a week after the BBC’s blockbuster Criminal Justice – both of which death with teenage girls orphaned by a brutal murder… To be honest, the BBC did that side of things better.”
Matt Baylis, Daily Express

“[Robbie Coltrane] was still the most interesting figure in the piece… Whenever he did have something to do, he did it compellingly… His two-line speech denying a suggestion that he could not have children – “Lost a wee boy. Lived a few hours” – was the best moment in a generally unabsorbing hour.”
Andrew Billen, The Times

“I can’t recall a drama in which just about every male character was a study in creepiness… Intelligent, original drama.”
Brian Viner, The Independent

“Robbie Coltrane is a beacon of warmth amid the horrors of Murderland. Or is he?”
Nancy Banks-Smith, The Guardian

“After the stupid and frenetic start last week, Life has settled down into a more respectable, category-by-category approach.”
Andrew Billen, The Times

“Never, in 20-odd years as a TV reviewer, has nature in the raw ever been presented as thrillingly as it is in Life. I thought at the time of the last Attenborough wildlife epic that camera work could never get better, and yet it has.”
Brian Viner, The Independent

“Told a tale so grisly that a horror writer would punch a frustrated hole in his computer screen and take up pumpkin-farming instead.”
Nancy Banks-Smith, The Guardian.

“This programme provided us with plenty of beautiful things to look at but it also hinted at some ugly truths.”
Matt Baylis, Daily Express

“It is hard not to compare the motives of the makers of a documentary called Aged 8 and Wanting a Sex Change to those of a Victorian freak show owner, but the programme on ‘transgender kids’ held little of gynaecological interest to voyeurs.”
Andrew Billen, The Times